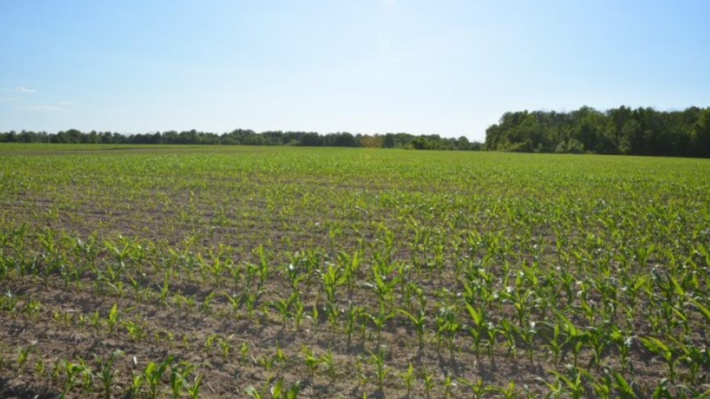 Spring 2020 provided a great start to planting. April remained cold but sun and dry weather provided an extended period of excellent soil conditions. A very small amount of planting was reported as early as the first half of April but planting did not start in earnest on lighter soils until just prior to the last weekend of April (April 25/26). By the first week of May (May 3) planting was well underway in most areas, ranging from just starting on heavier soils to nearing completion on some lighter and better drained soils. General estimates were well over 50% of Ontario corn acreage was planted by the end of this week.

Weather conditions changed approaching mid-May with a forecast calling for significantly colder temperatures and rain or snow. When to stop planting ahead of this forecast was a main point of conversation. Traditional wisdom suggests stopping planting 48 hours prior to cold soaking rain or snow to reduce seed vigour risks associated with a corn seed’s initial imbibition of cold water. At Elora, from May 4 to May 13, there were nine days with low temperatures below freezing. Rain or snow was received in many areas from Friday, May 8 to Monday, May 11. By the third week of May (May 17) planting was largely complete except for heavier textured soils and some sandy areas where some growers delayed planting to avoid potential for cold temperature complications.

Following an extended period of very cold conditions, corn emergence took longer than usual, often 3 or 4+ weeks. Corn planted well ahead of the cold front appeared to fare well. Some growers who continued planting through the May 9/10 weekend as soil conditions allowed also reported success, often attributed to good, dry ground conditions to start with, but there were exceptions as well. Common messages from those who had issues included:

Some replanting occurred where plant stands were poor or highly variable (Figure 1). While some poor stands appeared cold weather related, a significant amount was also reported  to be related to soil setting hard/tight after planting and crusting. A tool for helping to make replant decisions from Ontario generated data is the Corn Replant Decision Aid available at gocorn.net. 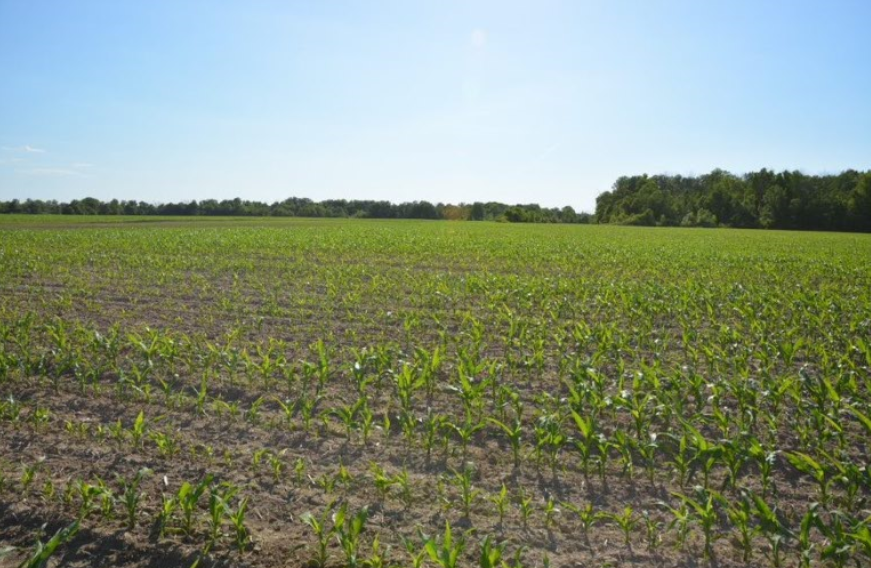 In 2020, the average PSNT survey value was 14 ppm, slightly above the long-term (2011-2019) average of 12 ppm. This suggests natural soil nitrate nitrogen (NO3–)supply in 2020 may be similar to or slightly higher than normal. Nitrogen release from soil organic matter breakdown by soil microbes (mineralization) is impacted by soil temperature and moisture – warmer temperatures and moderate soil moisture favour microbe activity, while cooler soils and excessively wet or dry soils reduce activity. Unseasonably warm temperatures in late May and early June may have offset impacts of colder than normal temperatures in April through mid-May. Each 5 ppm change in PSNT generally changes N recommendations by 25-30 lb-N/ac, while every 1 bu/ac change in yield expectation changes OMAFRA N recommendations (N-calculator and PSNT) around 0.80 lb-N/ac. Actual changes depend on soil nitrate level and yield goal (see PSNT recommendations at http://bit.ly/1SNkEM8). The practical implication of reduced nitrate supply may depend on yield potential. Its possible optimum N rates may still be higher than normal in fields where planting was timely, emergence and development were uniform, and yields well above normal. It may be lower in fields where cold conditions after planting or tough soil conditions (crusting, compaction) reduced stands or caused highly variable emergence and development, and lower yields.

June was generally favourable for in-crop management such as sidedressing. Earlier sidedressing on early-planted corn generally started the beginning of June. Corn was closing rows by mid- to later June. With limited rainfall since mid-May, moisture stress was starting to show up in drier areas from late June through early July, especially on soils with poor moisture holding capacity.

Earlier corn started tasseling mid-July, with most fields fully tasseled before August. Tasseling and crop height was variable where moisture stress had been present. Widespread rain and a break in heat by mid-July were welcome at this stress-sensitive stage. While variability was still evident, moisture stress symptoms were alleviated in many areas. Frequent rain continued from tasseling through August in many areas. From an ear mould perspective, there were concerns 2020 was setting up like 2018 – hot, dry prior to tasseling with frequent rain leading to wet, humid corn canopies from silking onwards. Wet corn canopies at silking are conducive for ear moulds establishing, and continued moisture afterwards favours further ear mould growth.

Western Bean Cutworm moth flights were delayed relative to normal, and trap counts did not start ramping up until the last week of July by which time most of the corn had tasseled. Moth flights did not peak until the first week of August. Most egg laying in corn is expected to occur pre-tassel, so early corn tasseling and delayed moth flights may have reduced pressure in corn fields in 2020.

A widespread frost occurred for many corn growing areas on September 19, earlier than usually expected. Most grain corn ranged from half milk line to black layer, where yield and quality impacts for a frost are expected to be low (Table 1). Injury was variable, many fields had injured leaves in the upper half of the canopy. Some fields appeared to maintain what green leaves were left while other fields completely browned shortly after the frost. An extended period of 7-10 days of low (<5°C) but non-freezing night temperatures during the same time may have hampered photosynthesis regardless of the frost.

Corn silage harvest started the beginning of September and was in full swing by mid-September in many areas and continued through the end of September. Yields were noted to be strong except where significant moisture stress lasted well past tasseling.

The annual Ontario ear mould and DON (vomitoxin) survey was completed September 23rd to October 2nd. The purpose of the survey is to measure the relative levels of DON in the grain corn crop just prior to harvest to provide information for growers and industry. A total of 245 samples were collected from across the province. Visual mould and DON levels were in line with long term survey averages, with 89% of samples testing less than 2.00 ppm with the remainder testing 2 – 5 ppm. Samples were generally well distributed across the province, with exception of some more higher testing samples in the far southwest. As in most years, even those areas with low DON risk, there was still reports of elevated DON levels in fields, so monitoring is always suggested. The 2020 Ontario DON survey report is available at Fieldcropnews.com (https://bit.ly/38cE2mp).

Some high moisture or early market corn harvest started late September. Grain corn harvest for drying was starting in some areas as early as the first week of October. Cooler temperatures and frequent light rains slowed harvest in areas through the second half of October. Harvest was wrapping up by early November in more advanced areas. With exceptional weather (sunshine, well above normal temperatures) during the first two weeks of November, harvest progress on remaining corn was rapid, with majority of crop off by mid-November.

Many growers were reporting average to slightly above average yields, with exceptions where dryness lingered well into the growing season, especially on soils with poor moisture holding capacity. Quality and test weight reports in most areas suggested minimal impact from early frost, though there were reports of less mature corn taking longer to dry in field. Reports of DON were generally low, though some higher testing fields were noted, particularly in the far southwest.

Ontario Corn Committee (OCC) hybrid trial results are available at the homepage of GOCorn.net or https://bit.ly/37r2EZw. Several options exist for viewing data, including a printable PDF, sortable spreadsheets (yield index, moisture, lodging, company or hybrid name etc.) and yield by moisture graphs demonstrating the trade-off between yield and harvest moisture of hybrids within each OCC table.