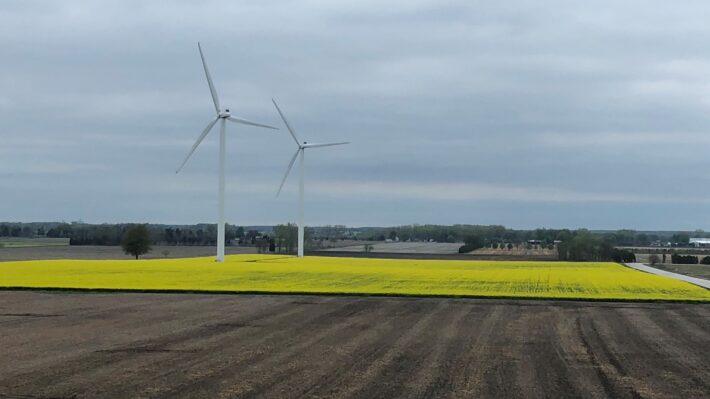 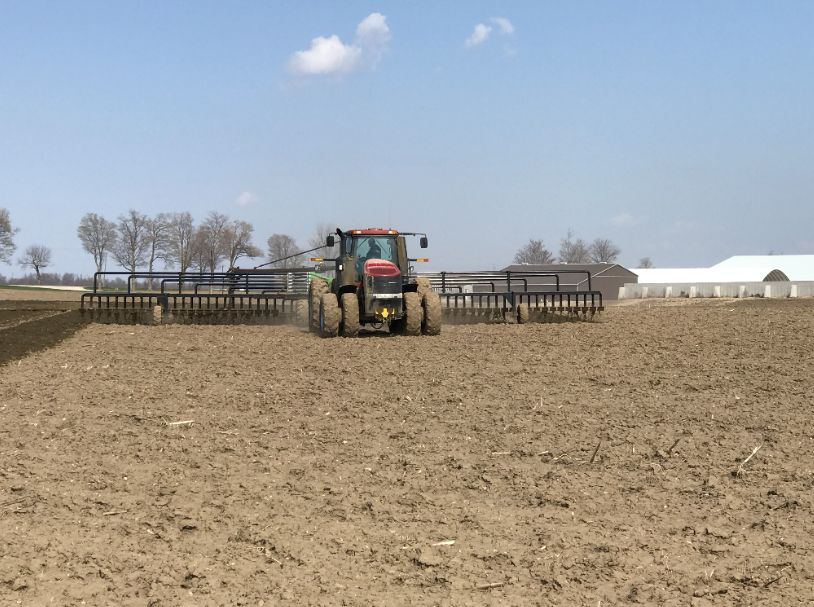 Winter wheat fields in general continue to be exceptional across the province despite temperature fluctuations. Continued cool weather the past week has resulted in some frost injury, but it is not expected to have any yield impact. In southern counties, early planted wheat is approaching the flag leaf stage. Later planted fields are advancing and identifying crop stage is important to determine proper application timing of growth regulators and herbicide applications so as not to impact yield potential. Fertilizer application is now complete. There has been some leaf tip and leaf banding burn, but the injury is unlikely to impact yield potential.

With the continued cool temperatures, disease development has been very low. As we begin to experience some heat and moisture with these heavy canopies there is increased potential for disease development to begin, so we should be watching these fields.

Manganese deficiency has been observed this spring on a range of soil types. Many growers applied Mn and have seen the crop correct itself. Some decided not to address the issue and those spots remain visible in the crop and may impact yield, but they tend not to be large. Cool weather seemed to reduce Mn mineralization from organic matter as we normally expect.

Soybean planting across the province varies widely but on average would be ~5% as people have been concentrating on corn. Soybeans should be planted to a target planting depth of one and a half inches. Seed should be into moisture by half an inch There has been a recent trend to more tillage in soybeans. The primary goal of tillage ahead of soybeans is to manage heavy corn stubble from previous crops. The goal is to prevent hair pinning of the seed openers that interrupt or prevent good seed-soil contact in the trench to ensure good germination and uniform emergence. Using high speed vertical tillage to break brittle corn stalks in spring is usually as effective as full tillage and does not create the same risk for soil crusting and erosion.

Corn planters were busy over the April 30th weekend. Planting levels vary widely mostly based on rainfall and soil type. With the early start to the season, farmers on heavy soils are continuing their patience to ensure soils are fit. Overall planting is estimated at 25% but some areas are 50% or more while others have yet to turn a wheel.

While soils remain quite cool to promote germination, the relative dryness of the soil means the seed is not deteriorating. Early planted corn (i.e. first half of April) has been reported to be in good shape.

Black cutworm and true armyworm traps have been set up in Ontario and across other participating states and provinces on the Great Lakes and Maritimes Pest Monitoring Network (GLMPMN). Black cutworm traps in Ontario, Michigan and New York have been capturing moths for the last few weeks. The 2021 GLMPMN links are available on Field Crop News. For information, please search GLMPMN on fieldcropnews.com. Growing degree day models will be used to determine when corn may be at risk of feeding injury. An article on Field Crop News will be posted soon about when to expect this risk.

Fleabane continues to be struggle for many people. Post options are limited in soybeans so keeping on top of identification and timing is critical. More options are available in corn, but the weed can quickly grow past optimum efficacy growth stages.

Water hemp, a member of the pigweed family, continues to spread and is much more difficult to control (Figure 2.). Keep an eye out for this new threat so that action can be taken to control it and slow down its spread. 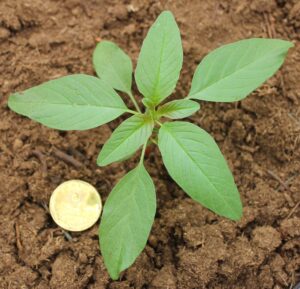 Flowering has begun in winter canola fields and will continue for up to 3 weeks (Figure 3.). About 3 to 5 new flowers open each day. Two key pests in winter canola at this growth stage are white mould and cabbage seedpod weevil (CSW). Moisture in the tall, thick canola canopy and moderate temperatures provide ideal conditions for mould development where a source of inoculum is present. Fungicide labels state application should occur at 20-50% bloom (approximately 15 to 25 flowers open on the main stem). If CSW are observed at field edges, scout the field with a sweep net. Control is warranted during flowering if an average of 20-40 CSW are caught in ten sweeps taken in multiple areas of the field. 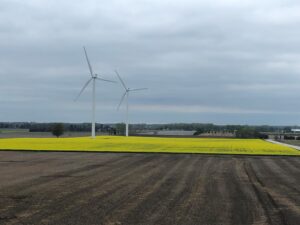 Spring canola seeding is ongoing. Flea beetle activity has been noted in Temiskaming District and they may also be active elsewhere. Monitor emerged canola frequently for flea beetle feeding injury, especially where growth is slow due to cool temperatures or low fertility.

Some frost injury has been reported on leaf margins of alfalfa. The damage appears to be superficial and the crop will grow through it. Most fertilizer applications to hay crops have been completed. The cooler conditions have slowed pasture growth. In areas where livestock are already out producers may need to slow their first rotation until warmer conditions improve growth rates. Where livestock have not yet been turned out, this slower growth pattern will probably push the grazing season back to a more normal start date. 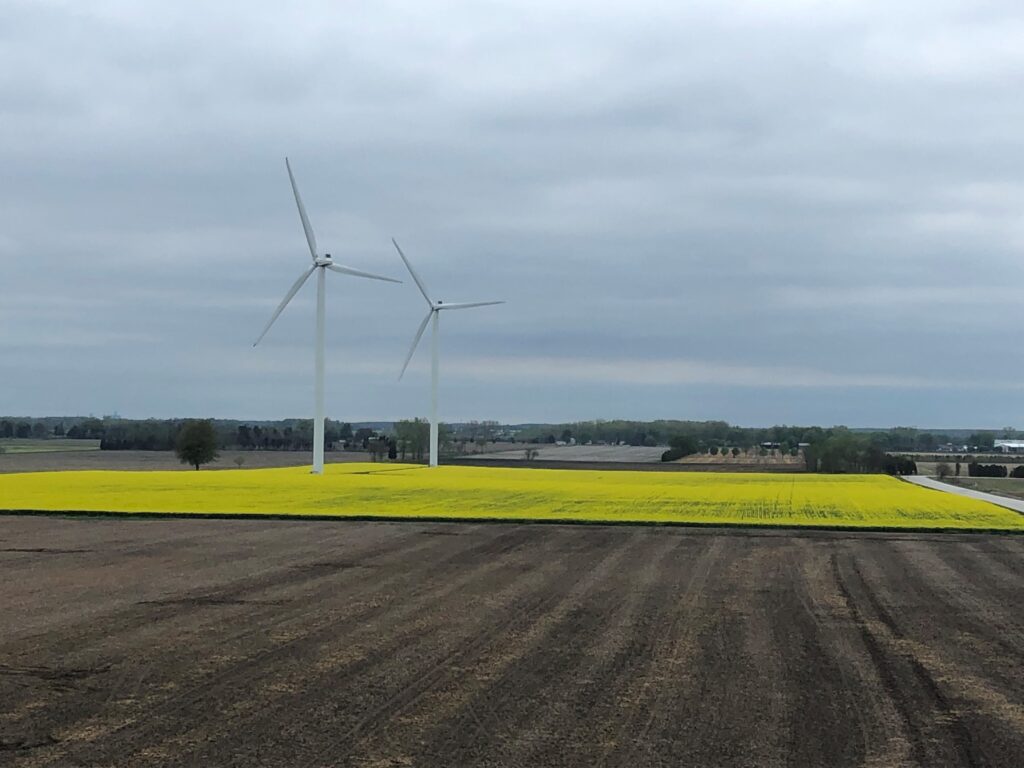