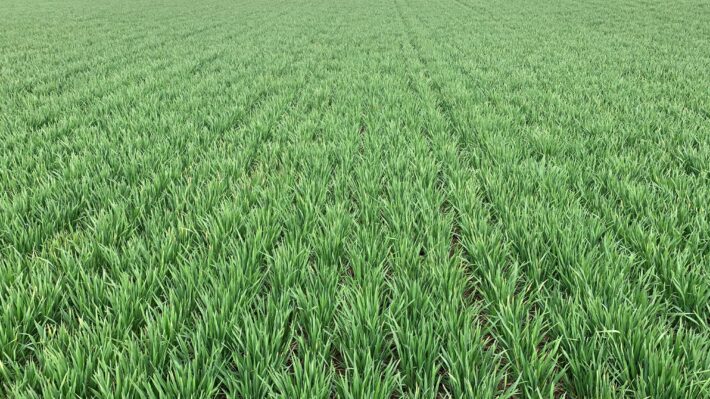 Since our last meeting cereal growth has been slow in much of the area. From May 1st to today about 65-75 growing degree days have accumulated in the area.  Most of the wheat is still at GS 31 to GS 32 in with earlier planted fields approaching flag leaf and late planted fields still around GS 30. Very little progress on herbicide, fungicide and plant growth regulator applications has been made due to the recent cold temperatures. Where there was heavy weed pressure or heavy disease pressure growers opted for a single product application, particularly in Grey and Bruce counties where powdery mildew pressure has been high. As temperatures warm up it is expected that these applications will be wrapped up by the end of the week. Herbicide applications in those fields at or approaching flag leaf should be wrapped up as soon as possible to avoid injury.

A number of fields are showing signs of burn from 28% or multi-tank mix applications during cold temperatures.  These fields are recovering well and the yield impact is expected to be minimal.  Peter Johnson said he has observed less injury where 28% was diluted with water. He has also observed more injury with angled streamer nozzles compared to streamer bars due to the overlap effect of angled nozzles. It was noted that if you burned the wheat with some of these multi-tank mix applications, the benefit from that fungicide disappears. In past Ontario trials, tank mixes with dicamba and estraprop were observed to be much harder on winter wheat, particularly in cold temperatures. These products are often considered when growers are targeting dandelion; however, Infinity has shown to have much better control of dandelion and is much safer on wheat.

Spring cereals are very slow to emerge with the recent cold temperatures.  Cereals that were planted two weeks ago are just starting to emerge.  As the temperatures steadily increase, the growth and development of spring cereals will speed up so ensure you are staying on top of herbicide and fungicide application timing.

Manganese deficiency has been a concern in many fields across the province this year. Manganese sulphate has been applied to many of these fields and any signs of the deficiency have since disappeared.  For those considering a preventative treatment, we wouldn’t expect any risk of toxicity from foliar applications; however, a tissue test to confirm the deficiency is recommended to avoid any unnecessary applications.

Planting progress varies across the region. In the Mount Forest and Stayner areas it is estimated that about 20% of the corn acres have been planted. As you move west and south into Perth and Middlesex it is estimated that 50-70% of corn acres have been seeded. There have been a few good windows over the past few weeks where conditions were excellent and there was little or no risk of a cold rain shortly after planting. This past weekend some corn went into the ground that was then followed by a cold rain which is not ideal. The impact on those fields has not yet been determined. Overall conditions are shaping up nicely with the ground working up well. Nighttime temperatures are still cold, but things are pretty safe to get that corn in the ground. It is expected that most of the acres will be planted by the weekend.  It is estimated that about 20% of the acres across Ontario can be planted in a day.

Soybean planting is really just starting with an estimated 10-20% of the acres in the area planted. Many growers are opting to wait until the end of the week and into next week before they get going. It was noted that early planted soybeans are not necessarily better because of how long they take to emerge. Early planted beans and beans being planted right now are expected to emerge around the same time. If the soil is fit there is no need to wait at this point. Some are getting concerned as is it getting dry in areas.  However, with soybeans a dry spring is the best thing for them as long as there is enough moisture for germination and emergence.  The beauty of a dry spring is clean roots and we set ourselves up for an awesome crop.

With high commodity prices there seems to be more interest with liquids in-furrow.  Response to in-furrow is dependent on your soil test.  If your soil test is slipping you are more likely to see a response along with wider rows.  In low testing soils you can expect a 2 bu/ac response. In 15” rows, 3 gallons of 6-24-6 seems to be the maximum.  Once you get to 5 gallons there was less of a benefit or no benefit at all.  This may be a result of some burn.

The trend of growers moving to planters vs drills for soybeans was discussed. If trends continue it is expected that we will see more row units in the future. The main reason for growers keeping their drills is the need to plant wheat.

Double crop soybeans was also discussed.  For those considering double cropping soybeans after wheat, ensure you have your seed in place and ready to go well before planting.  At wheat harvest ensure you are spreading the straw nice and even or remove it.  Although the wheat crop was moving ahead quickly and harvest was expected to be early, the recent cold temps have slowed things down and harvest is expected to be closer to normal timing. Once you get beyond July 10th it is difficult to justify planting soybeans unless you are in the deepest part of southern Ontario where you may get away with later planting dates. Some information and coverage of double crop soybeans with Eric Richter and Peter Johnson can be found here.

Cold temperatures have held back the alfalfa and with every frost more leaf margin damage is visible.  No buds or stems are being lost but the crop is growing and developing very slowly. Yields might be lowered but harvest date is getting closer to normal timing.  Grasses are getting ahead because they are base 0 crop while alfalfa is a base 5 crop. As temperatures begin to climb again it is expected that the alfalfa will catch up.  Alfalfa weevil has popped up in some fields so need to keep an eye out for that to avoid any impact on quality. With flag leaf emerging in rye, forage harvest is just around the corner.

Livestock producers are facing the potential increase in costs for feed and are looking for options for double crop forage. One of the best options is oats or an oat-pea mix. 70-90 lbs of oats per acre with 50 lbs/ac of N is a cost-effective option.  However, crown rust can be a major challenge in an oat forage crop so management and fungicides are necessary for good yield and quality. Another option is sorghum-sudangrass if you can get it seeded in good time. Sorghum-sudangrass will not germinate until soil temperatures are consistently above 12°C. It takes 60-65 days to 1st cut and 30-35 days to second cut under normal summer growing conditions.

Very little spring canola has been seeded to date. There has been consistently wet conditions in northern Ontario keeping them from seeding. Spring planting cut off is around mid-May although plantings into June can be successful. The goal is to have canola bolting prior to swede midge emergence in June.  Flea beetle has been observed in the north.  Seed treatments provide protection against flea beetle for about 4 – 5 weeks.

Most of the fungicide applications on winter canola have been completed with canola now in full bloom. Very little signs of frost damage have been observed to date. However, bud clusters are smaller this year compared to last which may be due to the cold conditions.

It is still quite early for edible bean planting.  Planting will likely being around the May 24 long weekend and into June 1st. Anything other than adzuki beans need to be held off until the 20th once soil temperatures have warmed up.  There are some new black bean varieties available that are also a bit longer season.

Fleabane is starting to get big in some fields and needs to be controlled particularly in those fields going into soybeans. Even if you experience frost the night before, you can spray fleabane (unlike other weeds) it just might take longer to control.  There were questions around the efficacy of products such as Eragon during different times of the day or with temperature. With more than 300 field trials in 10 years, Dr. Peter Sikkema has not been able to correlate glyphosate-resistant Canada fleabane control with Eragon and air temperature at time of application. This suggests that there is more genetic variability within weed species and that needs to be emphasized when making weed management decisions.

With more interest in applying sulphur to field crops, there was discussion on the combination of 28%, ATS and pre-emerge herbicides. Syngenta has tested mixing Primextra II Magnum or Acuron with blended 28% (UAN) + ATS and has provided the following information as a guideline. Essentially, as the concentration of ATS increases in the UAN/ATS blend your risk of an incompatible mixture may increase. It is important that you look at your UAN/ATS ratio and follow these guidelines:

If you are recommending a ratio lower than those indicated above (ie. ATS more concentrated), adding a compatibility agent will improve the mixture and allow more ATS to be added.

Alternatively, if you have the option of adding ATS to the tank separately, then add it into the tank after PRIMEXTRA II MAGNUM or ACURON have been thoroughly mixed in the tank. Any precipitate or residue which results from mixtures of 28%/ATS/Primextra were found to be dissolved when cleaning vinegar, Agral 90, ammonia solution, Sunlight dish soap or Simple Green detergent was added to the mix and agitated.

While Syngenta has tested these tank-mix combinations not all tank-mix combinations and herbicides have been tested. Many on the call preferred not to add glyphosate with 28% because of antagonism. It was suggested to put glyphosate down with water, another mode of action and then do 28% in another pass. If glyphosate and 28% must be mixed together, use no more than 10 gal of 28%. It is also recommended to only use if you are targeting very small annual weeds or grasses. If there are large weeds then you don’t get as good control.

At the end of the day, check with your crop input supplier before making these multi-tank mix applications. With these cold temperatures it is important to remember that it takes longer for everything to dissolve so make sure you take the time to agitate and mix things well. 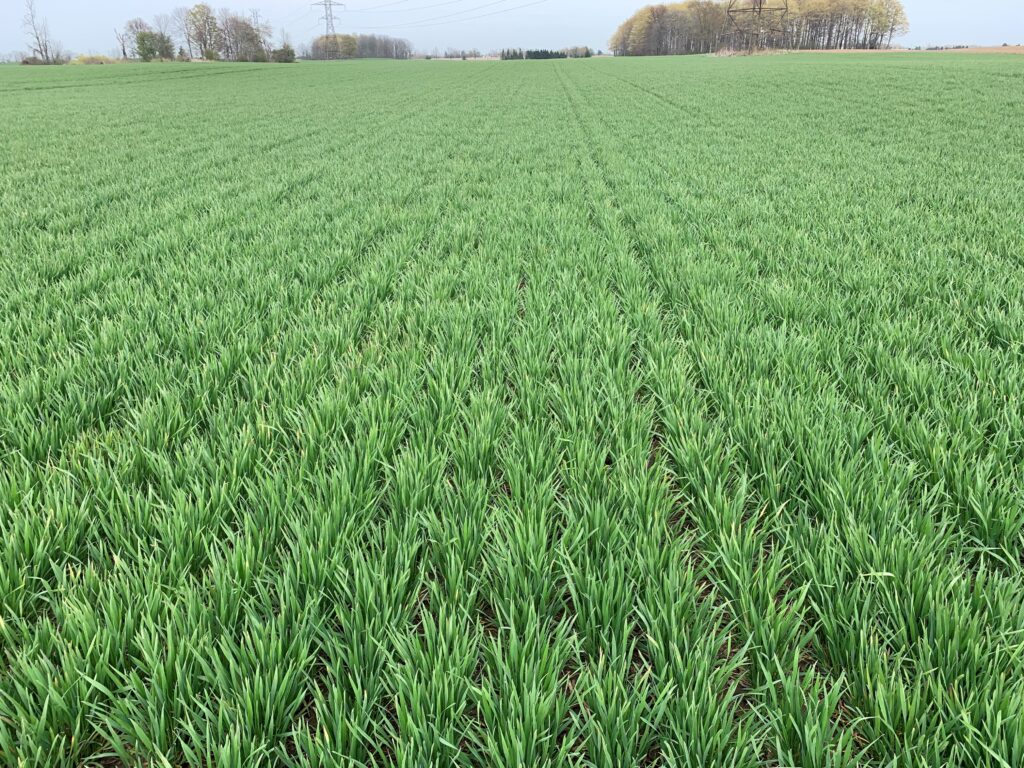