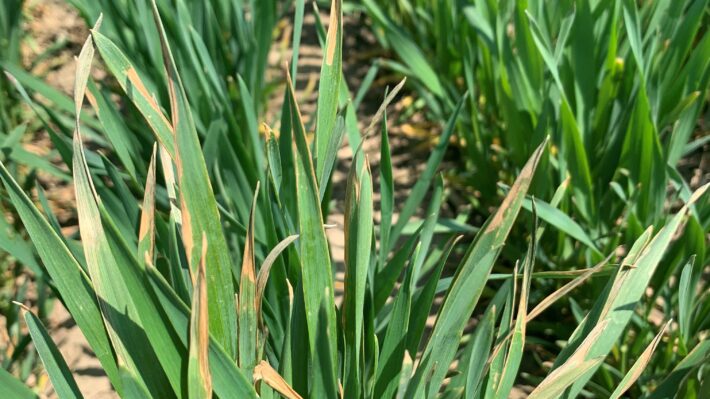 The information below represents updates from Simcoe and Ridgetown areas and other parts of southwestern Ontario, including Middlesex, Huron and Perth counties.

A range of precipitation was reported from Monday’s rainfall – anywhere from 2 to 10 mm. With more light rainfall falling on Tuesday, it’s anticipated that field activity will start back up by later this week or weekend.

Overall, the wheat crop is still looking very good. Nitrogen applications have been completed. In the deep southwest, wheat seeded in the first half of September last fall is quickly approaching flag leaf. It was noted to be cautious with herbicide applications on such advanced fields and not just go by the calendar.

Given cooler, drier temperatures recently, disease pressure is low. Thicker canopies will be susceptible, however, as temperatures climb and if conditions turn wet. Despite drier-than-normal conditions to date, it was reported that soils at depth still contain ample moisture and the wheat crop has not experienced moisture stress.

Leaf tip burn and cold banding are showing up in winter wheat due to recent cold nighttime temperatures. Burn from 28% as well as from herbicide applications close to cold temperatures was noted. See Figure 1. Yield impact, however, is likely to be minimal. 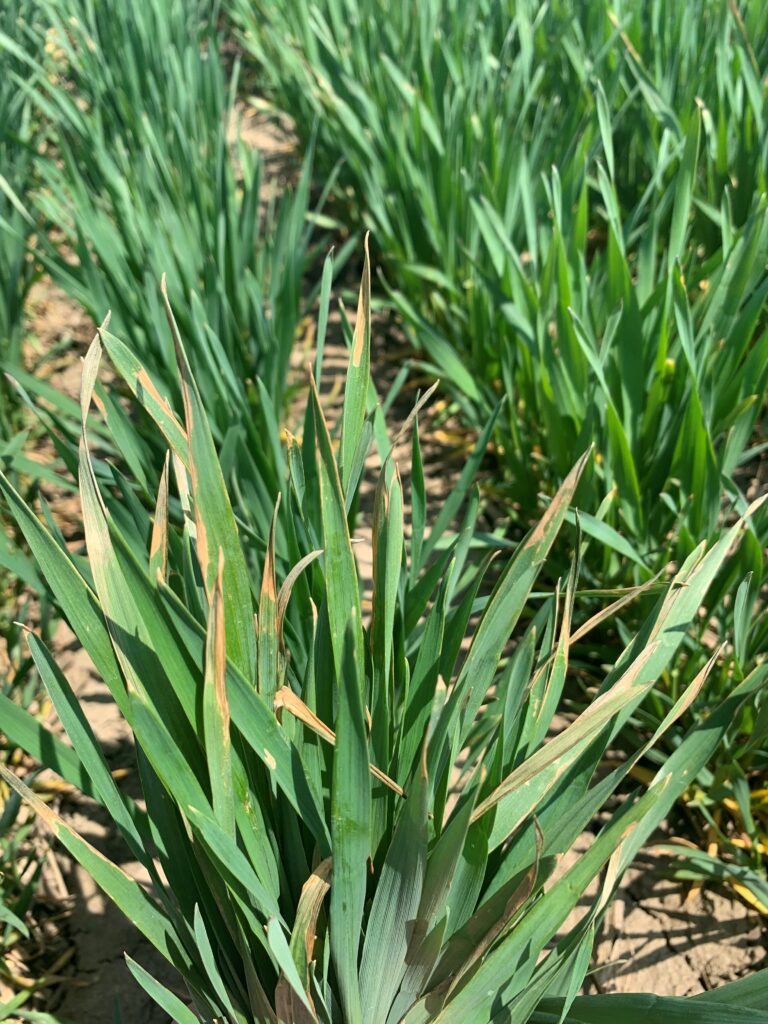 Figure 1. An example of leaf injury in winter wheat this spring.

Statistics Canada recently reported approximately 982,000 winter wheat acres, down from 1.12 M acres seeded. Generally, it has been late-seeded fields, fields affected by snow mould, or in some cases fields with poor drainage, that have been terminated.

It was a very busy weekend for corn planting ahead of Monday’s rainfall where soils were fit. In deep southwest, corn is estimated 40-50% planted. April 1st-planted corn was reported to emerge in 24 days; May 1st-planted corn is estimated to emerge in 15 days. On the heavier soils in Essex county, planting just began. Some larger farmers are finished corn, while others have not yet begun planting. Growers on heavy clay soils were reported to have exercised good patience as they await fit conditions. Higher temperatures are needed to penetrate and dry out these soils.

A large volume of fertilizer has been moving out from retailers in recent days to keep up with demand ahead of corn planting. While there have been longer-than-normal lineups, shortages in product have been minimal and short-lived.

Flight has been observed for black cutworm and moths are likely out laying eggs. Participants were encouraged to anticipate the possibility for some injury on corn. Tracey Baute will be evaluating bio-control nematodes in grower fields for corn rootworm this season, as well as monitoring adult rootworm activity later-season through traps. Cooperating farmers are needed.

The Great Lakes and Maritimes Pest Monitoring Network for 2021 has changed a bit and hopefully is easier to enter traps and data on. The full network, including maps and dashboard, is here: GLMPMN Site. For the phone friendly version to strictly enter trap sites and data, use this link (here).

Soybean seeding had started in the deep southwest before the rain. There are an estimated 10-15% of acres seeded. On heavy clay soils, there was no reported progress soybean seeding. For those who grow 30-inch soybeans, Horst Bohner suggested starter fertilizer, placed in a 2×2 band – except in cases with high soil test levels – can help to push early-season growth and assist in compensating for delayed canopying.

Given the advanced wheat and high soybean prices, discussion turned to double-crop soybeans. It is expected that there will be strong interest in double-cropping this season. July 10th was cited as a critical date for seeding double-crop soybeans (possibly later in more southern regions). Likelihood of success seeding after this date is very low.

It is recommended to solid-seed soybeans and use a high seeding rate (at least 250,000 seeds/acre). Dropping by a full maturity group was suggested as a rule for double-crop soybeans. Seeding depth can be as much as 3-inches if moisture present; if not, it was suggested to seed at 1-inch and hope for rainfall. As the majority of weeds emerge in May and June, and given the uncertainty of the crop, a simple, cost-effective herbicide program was recommended, e.g. single-pass of glyphosate in Roundup Ready soybeans.

There was some concern expressed regarding the potential for injury in corn and soybeans from soil-applied herbicides due to cooler conditions. Group 15 herbicides were provided as an example.

Participants were encouraged to take high quality photos of weeds when requesting support with identification. Tips include getting close-up details of roots, leaves and flowers and not taking photos in direct, bright sun. For grasses, capture the ligule as well as images of below the leaf blade and leaf sheath.

Approximately 5% of sugar beets have been seeded. Tomato transplanting is expected to begin in full by the start of next week, which will be around 4-6 days earlier than anticipated. It was reported that during recent cold nighttime temperatures, fans were used to minimize frost damage to fruit trees. Assessment of injury is still to come, but it is expected that buds may not have been advanced enough to be damaged.