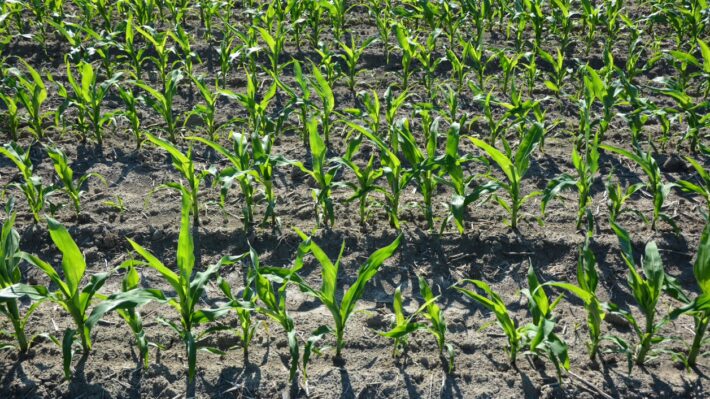 Scouting corn between emergence and knee high provides a report card on seedbed preparation, planter operation and agronomic practices affecting early plant establishment and growth. Causes of issues can often be identified at this stage to make improvements for following years.

For easy math, a common method of measuring population is to measure 1/1000th of an acre of row length with a tape measure (Table 1.), count the number of plants within this row length for a couple rows either side of the tape, and multiply those numbers by 1000. This should be repeated many times across different areas of the field to give an idea of what the average and variability in population is.

Population should be compared to expected seed drop. If there is significant deviation, this timing provides the opportunity to investigate why and determine if corrections could be made for future years. Gaps in the corn stand should serve as red flags to dig and investigate (Figure 1.) if issues are: 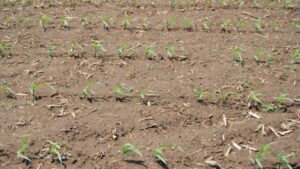 Figure 1. Gaps in corn stands should serve as red flags to dig and investigate.

Uniform plant staging is critical to maximizing yield. Ontario research has shown having 1 in 6 plants with a 2-leaf delay in staging reduces yield 5% relative to uniform staging (Liu et al, 2004). Plants emerging late relative to neighbouring plants fail to catch up in growth and yield. Observe leaf stage of each plant during population counts. There are several leaf counting methods, but for this purpose method doesn’t matter as long as it is consistent.

Like gaps in the corn stand, plants that are delayed relative to neighbours should serve as red flags to dig and investigate for issues (Figure 2.). Many causes can be agronomic issues as described above. Shallow planting depth or poor seed zone moisture can be a common cause in dry years, but also look carefully for signs of other stresses which may slow germination or emergence of plants (fertilizer or low pH can cause root burn/loss, pest feeding or compaction can impair growth). 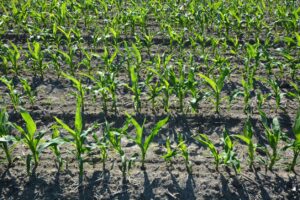 Figure 2. Plants that are delayed in growth relative to their neighbours should also serve as red flags to dig and investigate.

Checking population provides a good opportunity to dig and evaluate planting depth. Emerged plants makes this easier to check a large number of plants in row than just the seeds you find in the trench at planting. A couple things to consider:

While digging, knowing corn seedling root structure is helpful for ruling in, or ruling out issues early on (fertilizer burn, low pH). Healthy corn seedling roots are not random – they should have a scutellar node which bursts from the side of the corn kernel at germination, from which a coleoptile (and eventually mesocotyl/shoot) emerges from the kernel dent end, and a radicle (primary seedling root) which emerges from the kernel tip end (Figure. 3). Additional seminal roots may also emerge from the scutellar node. If there has been root injury, look for missing, shortened or burnt/blackened radicle or seminal roots/tips. Unusual compensatory root growth coming from non-damaged areas such as the mesocotyl is another sign root injury has occurred. 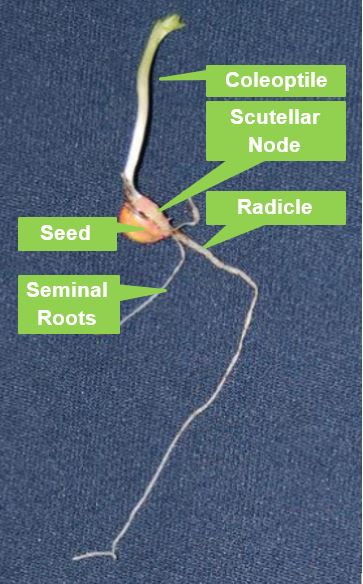 Digging also provides an opportunity to evaluate furrow condition after planting. Is any smearing of furrow sidewalls or confined root growth evident? Was the furrow well closed, and not re-opened with soil drying? Where residue was present, was it well cleared from the row and not incorporated into the furrow to impact seed placement? Were residue cleaners not overly aggressive to the point they were trenching the soil, or moving soil with residual herbicides out of the corn row? In some years and soils, some of these may be challenging to avoid, but including these in a checkup will at least confirm if these issues are present. 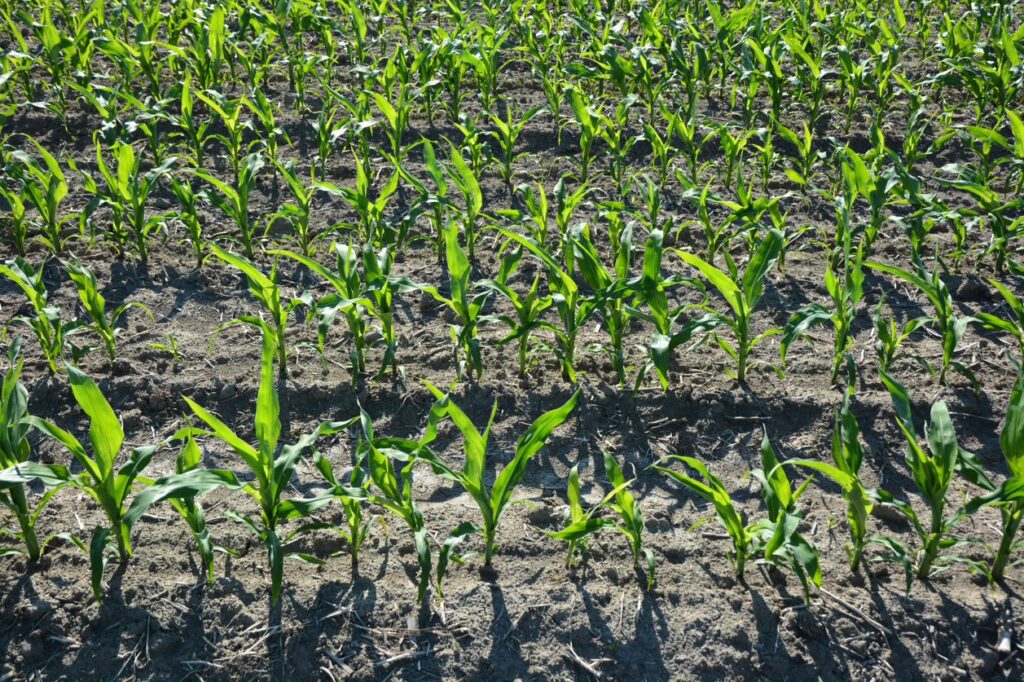