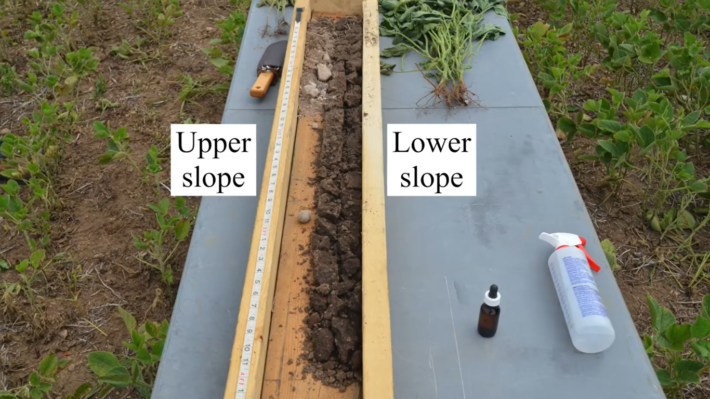 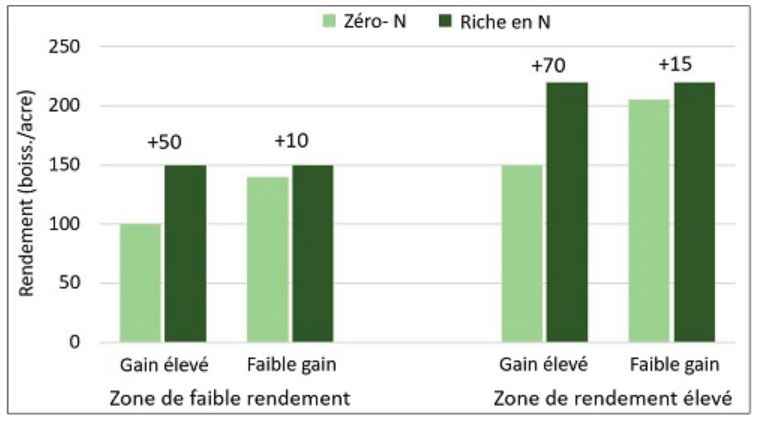 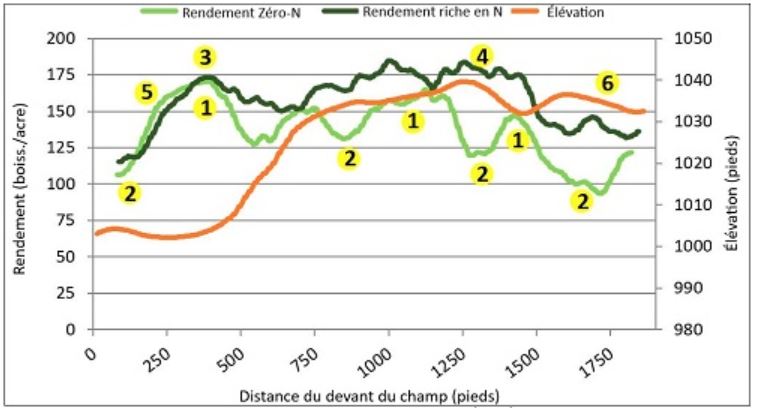 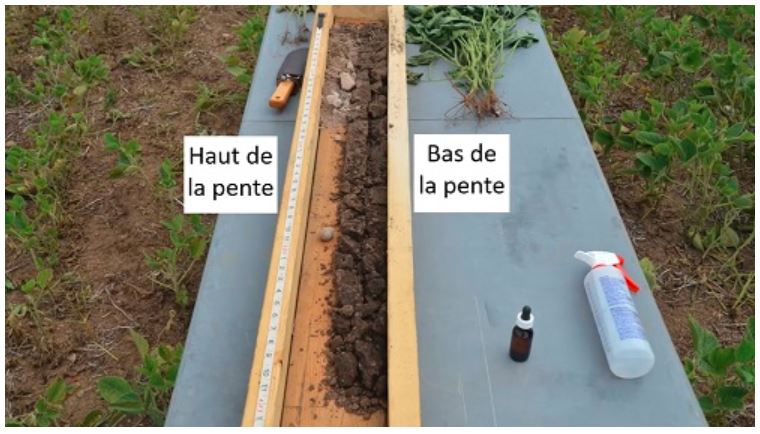 The agronomist was cautious on this strategy however… while they agreed high yielding areas take up more N than low yielding areas, their concern was the strategy ignores variability in N supply across the field. For instance, some areas may yield high because of deeper topsoil and more organic matter, conditions which likely already mineralize more N. And some areas may yield low because of little topsoil or organic matter, conditions which likely already mineralize less N.

Observing N Response Down the Length of a Field 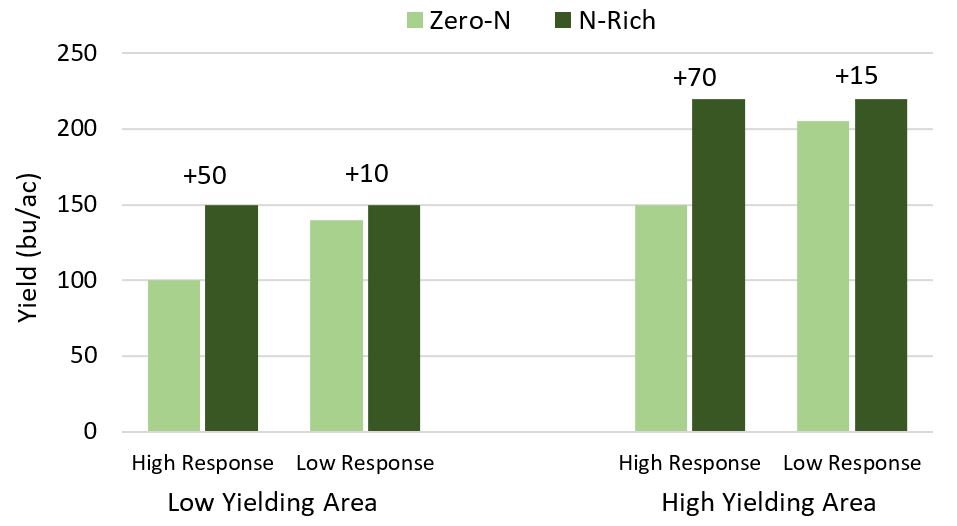 Figure 2 is one example from a past trial. Zero-N yield, N-rich yield and elevation are graphed down the length of the field. 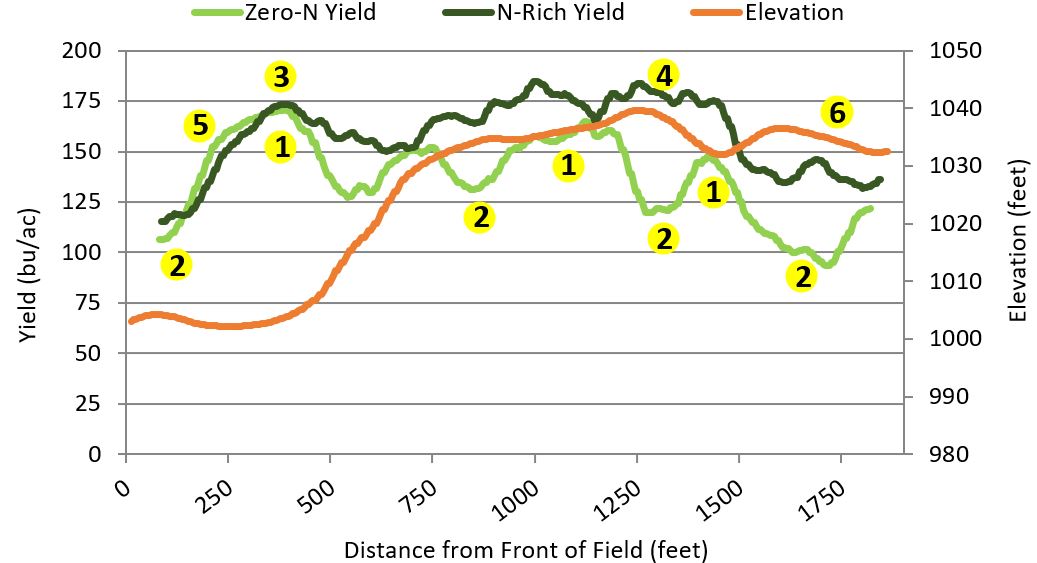 Figure 2. Yields of zero-N and N-rich strips and elevation down the length of a field.

A couple things stand out:

Presumably, soil formation and erosion (tillage, water) result in more topsoil, organic matter and N mineralization in depressional areas and less on knolls. Soil cores can reveal the secrets below ground. Pulling 4′ cores in another field with significant topography, we could find knolls with only a couple inches of topsoil (and too many stones to insert a full 4′ core) and depressions with at least 4′ of topsoil (Figure 3) (Field Crop News, 2020). 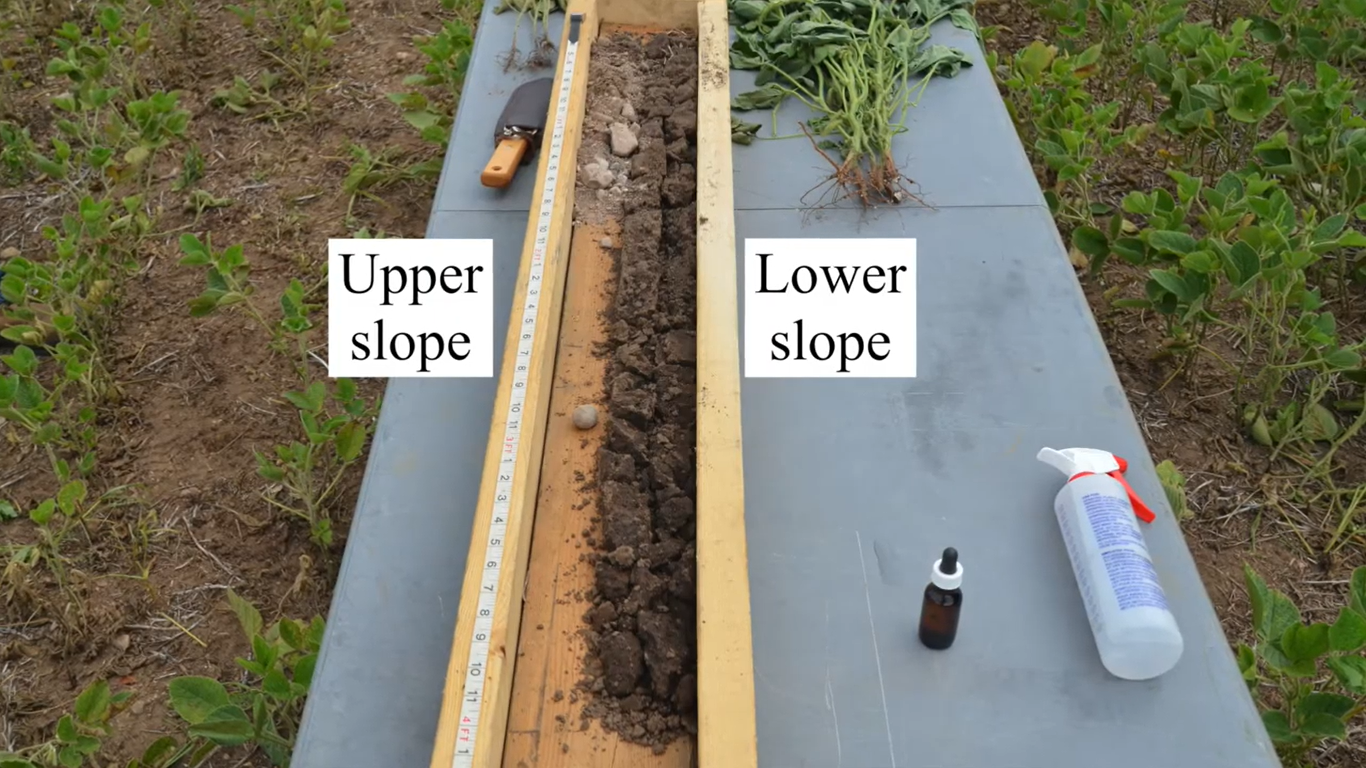 Figure 3. Soil profile of knoll (upper slope) and depression (lower slope) in field with significant topography near Rockwood, ON.

Is Relative Yield a Good Predictor of Fertilizer N Response Across a Field?

Clearly in this example, the agronomist’s caution was warranted – while corn yield demand plays an important part of N response, it is only one part of the equation. Yield response to N across the field does not appear to be well correlated to yield alone. While only one example was shown, these patterns are common in other fields too. Figure 4 shows similar N responses for a field with less topography from a different county and year.

Figure 4. Yields of zero-N and N-rich strips and elevation down the length of a different field, different year.

Delta yield strips provide great insight, there are also some things to know: 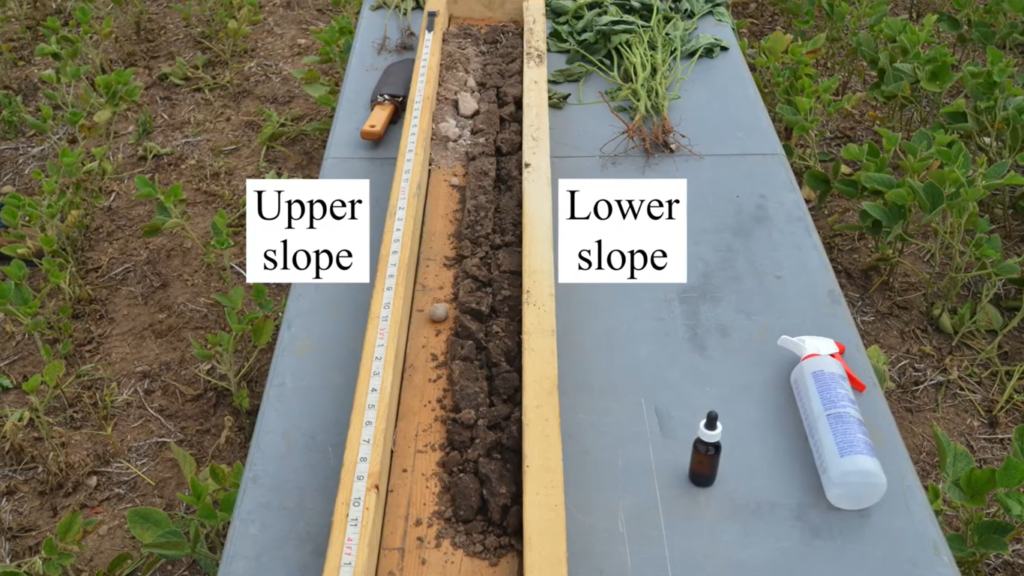