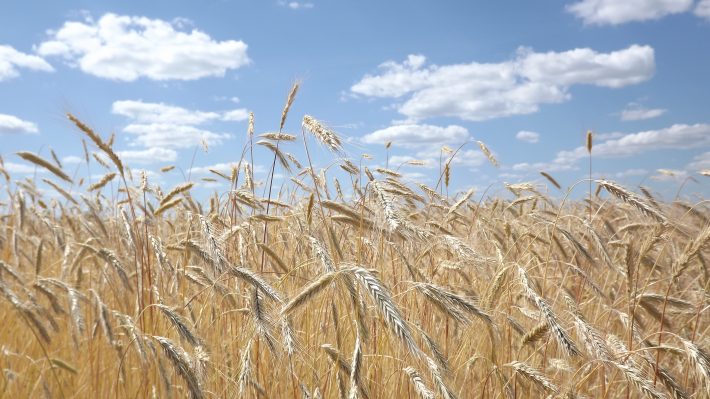 Optimal fall planting conditions in 2015 resulted in approximately 1 million acres of winter wheat being seeded.  Excellent weather conditions through to November provided an opportunity for wheat to be well tillered before winter. The proportion of HRW acres dropped from 12% of the crop in 2015 to 10% in the 2016 crop.  Soft wheat acreage jumped from 6% to 9% with soft red wheat making up the majority of the crop at 81%.

Winter wheat survival was excellent.  March brought significant amounts of rainfall in some areas across the province, leaving fields water logged.  Once things began to dry up, many growers were able to get red clover broadcasted into wheat; however, the dry weather conditions later in the season resulted in very thin clover stands.  Very cool nighttime temperatures and lack of snow cover throughout March and April resulted in purple wheat throughout much of the province.  Once the weather began to warm up, the wheat greened up again.  Many growers were concerned about lodging risk as a result of the early planted crop but the cooler nighttime temperatures kept the wheat short and reduced this risk.

Nitrogen applications were completed in late April and early May, with many acres of wheat receiving split nitrogen applications.  Sulphur (S) deficiency was very prevalent this spring, even showing up in fields where one would not expect, such as fields with history of manure applications. This suggests these incidences of deficiency may have been a function of a cooler than normal April (reduced S mineralization), or drier winter which may have limited atmospheric S deposition. Similar observations were made in 2012, where the wheat crop was advanced but conditions were dry.  The wheat was also much slower to respond to S application this year.  Green-up in past years would take 2-4 days; this year there were many reports of it taking up to 10-14 days to respond.

Cereal leaf beetle (CLB) was found above threshold in some fields.  Some locations in Ontario tend to experience a higher frequency of infestations including fields near Dresden, Bolton, Stayner, Seaforth and Clinton.  Armyworm was also found in some fields in late June; however, there was little to no feeding.

The milder winter conditions resulted in early leaf and stripe rust infections in Tennessee and Kentucky.  These rust spores were blown into Ontario earlier than we typically see; they normally arrive in spring storm fronts that come up through the Ohio Valley.  By mid-May, stripe rust was prevalent in most areas of southwestern Ontario.  Growers who selected tolerant varieties or applied a foliar fungicide were able to keep the disease at bay.  However, growers that selected susceptible varieties and did not apply a foliar fungicide saw significant yield reductions. 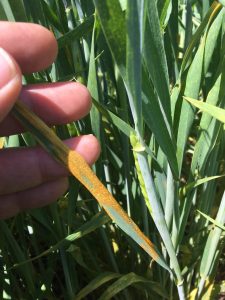 Dry weather conditions were prevalent in many areas of Ontario with some areas seeing little to no rain from May to July.  Winter wheat harvest began in Essex County around July 1st and by mid-July was in full swing throughout much of the province, putting harvest 10-14 days ahead of 2015.  Winter wheat yields have exceeded expectations, given the lack of rainfall.  The dry conditions did, however, impact winter wheat yields in very sandy or sand gravel bottom fields.  Yields ranged from 60-80 bu/ac in very dry areas to 120 bu/ac in areas with adequate moisture.   A record yield of 158 bu/ac was confirmed in the Chatham-Kent area.  Where growers had a high incidence of stripe rust, not controlled through appropriate variety selection or fungicide application, yields were reported to be as low as 45 bu/ac.  The final average winter wheat yield was higher than expected at 95.9 bu/ac (6.45 t/ha). Spring cereal yields were also higher than expected: spring wheat yielded 102% of the average at 55 bu/ac (3.7 t/ha), (and spring cereals (barley, oat, mixed grain) were 101% of the 10 year average, at 69 bu/ac (3.4 t/ha).  The quality of the crop has been excellent.  Elevators and millers reported high protein, high falling numbers and very low fusarium/DON.  Straw yields were also very strong.  Cover crop or forage crop acreage planted after wheat continued to grow.

Planting conditions started off well and continued through to November.  Approximately 910,000 acres of winter wheat has been seeded.  The proportion of HRW acres dropped from 10% of the crop in the previous year to 7%.  Soft wheat acreage dropped from 9% to 7% with soft red wheat making up the majority of the crop at 86%.  The fall conditions have provided an opportunity for wheat to be well tillered going into winter.  Powdery mildew and rust have shown up in some fields; however, over-wintering risk of these diseases is low.  The amount of spores that will move up in the spring will be a critical factor, so be sure to note these areas of the field and scout early in the spring. 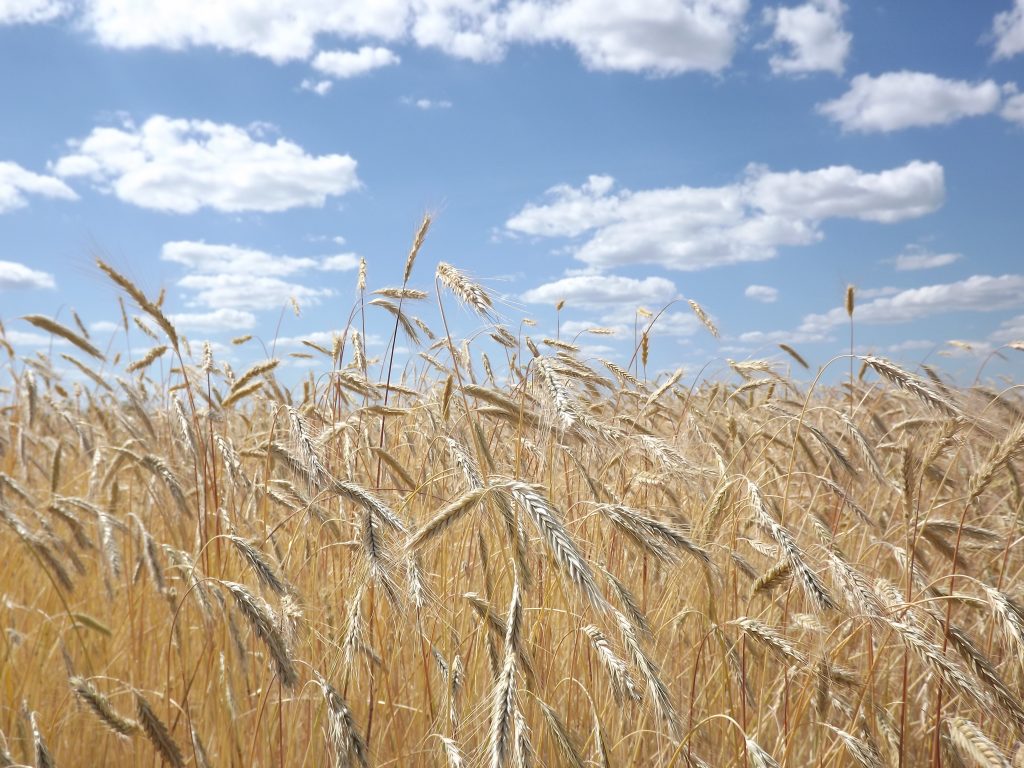