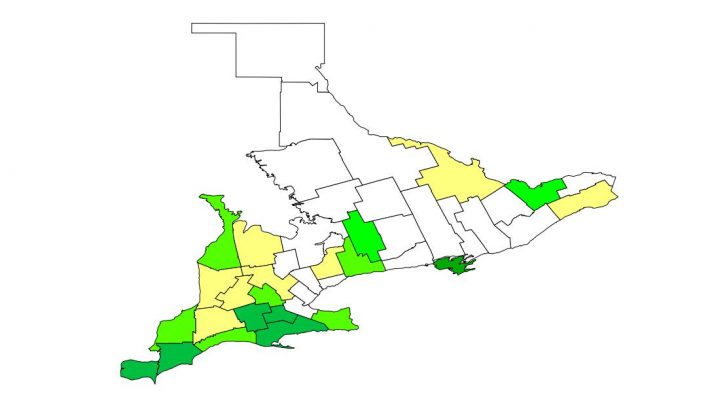 I’m seeing a lot of pics on Twitter of recent WBC moth catches in traps, which I think is great.  The more people that are trapping, the more data we have to work with to determine when peak flight takes place and when scouting is required. But trap counts do not indicate if a spray is required in corn.  There is no relationship between trap counts and WBC infestation levels in the corn field that the trap is positioned at. Traps are used for only two purposes. 1) to indicate whether or not moths are flying in your area (especially for those locations other than the normal hotspot regions of Bothwell and Tilsonburg since sadly, these areas always have them) and 2) to indicate when peak moth flight occurs since this is followed shortly thereafter by peak mating and egg laying. Peak flight means scouting time! We see moths flying around as early as mid June and it is normal to see catches increase over time. Peak flight varies each year and for each county or region but typically occurs sometime during the third week of July, forth week of July and first week of August.  So having a number of traps set up in each region and county helps us to determine which week peak flight takes place for any given location. Even if you don’t have a trap,  you can still see the interactive trap maps for this year and see what is going on in your county here via OMAFRA AgMaps.

Where a relationship does exist is between the crop stage and egg laying. Female moths try their best to lay their eggs on plants that have a tassel developing in them. WBC larvae do not feed on the corn leaves so if there is no tassel tissue, the larvae starve.  Spraying eggs or larvae prior to any tassel being available on the plant is of no value at all, since the larvae are going to die anyway. You are best to target both scouting and spraying during the ideal egg laying period which follows shortly after peak moth flight. Pre-tassel to full tassel stage is the most attractive stage for the moth to lay her eggs.  Fields in the pre-tassel to full tassel stage during and shortly after peak flight are most at risk.  Once the corn field is beyond full tassel stage and the tassel is spent, moths prefer to go to dry beans or later planted corn fields nearby. Scout fields or areas of field according to their growth stage. Knowing that peak flight occurs within in a three week window from the third week of July to 1st week of August, scout fields according to their growth stage during that period. Each week the stage will change so focus each week on those in pre-tassel to full tassel stage. Scout all corn fields, regardless of their Bt trait with the exception of those with the Vip3A trait. Only Agrisure Viptera hybrids provide effective control against WBC. All other Bt traits no longer provide protection against this pest and should be scouted.

Scout 10 plants in 10 areas of the field looking for egg masses on the top two to four leaves of the plant. If a field is quite variable, with different areas in different stages at one time, go to the area(s) in the ideal crop stage that week and scout those plants. The next week, a different area of the field may be at risk. Moths are more likely to stick around in the same field for a few weeks, instead of leaving to go to other fields, if she can find an areas that has plants in the ideal crop stage.

Use cumulative counts to determine if threshold has been reached. A spray is required if you find an accumulation of 5% of the plants with egg masses or small larvae over a two to three week period during pre-tassel to late tassel stages.

Time the spray application close to when fresh silks are present. This is when the majority of the larvae will have made their way to the silks to feed on before entering the ear.  Tankmixing with fungicides for ear mold protection during this time will help provide protection from both WBC and ear rots.

More insecticide information, life cycle, images and guidelines can be found at: 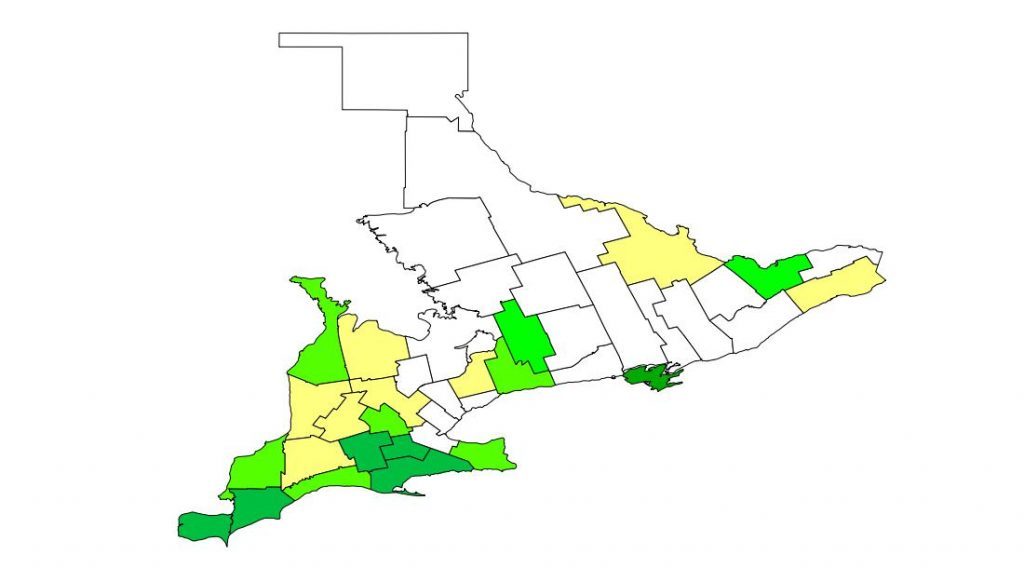