Parts of southwestern Ontario remain dry, while eastern Ontario continues to have frequent rainfall and saturated soils in many areas. While yields have been good, making dry hay continues to be a struggle for many growers under the later conditions.

Winter wheat harvest has continued this past week in eastern Ontario. Most fields in the area have yielded between 70 to 80 bushels per acre. Quality has generally been better than expected. Spring cereal harvest has just begun on a small number of acres that were able to be planted early this spring.

Soybean Aphids numbers are generally low, but increasing in some areas in eastern Ontario. Soybean growers should be scouting. Apply foliar insecticide when threshold of 250 aphids per plant with increasing populations has been reached in the R1–R5 stage of soybeans. If aphid populations do not appear to be on the increase above 250 per plant, do not apply insecticide, as it will kill off the beneficial insects that are keeping the aphid population in check. Aphids are then likely to increase quickly in the absence of their predators and could easily reach threshold.

Potato Leafhopper (PLH) continued to be a problem in many alfalfa stands particularly in eastern Ontario. Sweeps collected are showing at and above threshold numbers in many fields that have not been treated. Although PLH are rarely a problem in soybeans they can cause significant yield and quality losses in alfalfa and edible bean stands. New seedling alfalfa stands are particularly vulnerable as the PHL damage can weaken the new seedling alfalfa plant, making them more susceptible to stresses like winterkill.

Economic losses occur before plant symptoms develop, so it is important to identify the presence of large leafhopper populations before the damage occurs. Scouting with a sweep net will help you determine whether early harvest or spraying is needed. Scout at intervals of 5 to 7 days. To determine the number of leafhoppers, including adults and nymphs, take 10 sweeps and divide the number of insect captured by 10. Do this in 5 representative areas of the field and note the height of the alfalfa. Recommended action thresholds are listed in Table 1 below:

It is important to make decisions to control PLH based on these threshold numbers as spraying insecticides on alfalfa will also kill beneficial insects, the natural enemies of PLH and alfalfa weevil.

Western Bean Cutworm (WBC) trap counts are still increasing in most counties north and east of Perth and into eastern Ontario. That means that WBC moth flight has not yet peaked in those areas. This is important because this also means that we have not reached peak egg laying in those areas and that there are a lot of moths flying around looking for somewhere to lay their eggs.  Late planted corn fields that are still in the early pollination stages (i.e. silks have not dried down yet) and edible beans are still at risk.

For late planted corn fields, most of what you need to know about scouting and management has already been posted in a previous blog here.

For edible beans, it is not as straight forward. Unlike in corn, WBC are nearly impossible to find in dry bean fields until pod feeding begins. Pheromone traps can still help indicate which fields are at greater risk though. Traps at dry bean fields that capture an accumulation of 50 or more moths per trap are likely at greater risk and require scouting for pod feeding.

Pod feeding (Figure 1.) is expected to begin 10 to 20 days after peak moth flight has occurred, as indicated when trap counts begin to decline after weeks of steady increase.  Prior to pods being present on the plants, scouting for egg masses in adjacent cornfields can also help determine what the local WBC populations are like. If any of the corn fields in the immediate area are past early tasseling, the dry bean fields will be more attractive for the moths. If an adjacent corn field reached the corn egg mass threshold and required spraying, the dry bean field is also likely at risk. 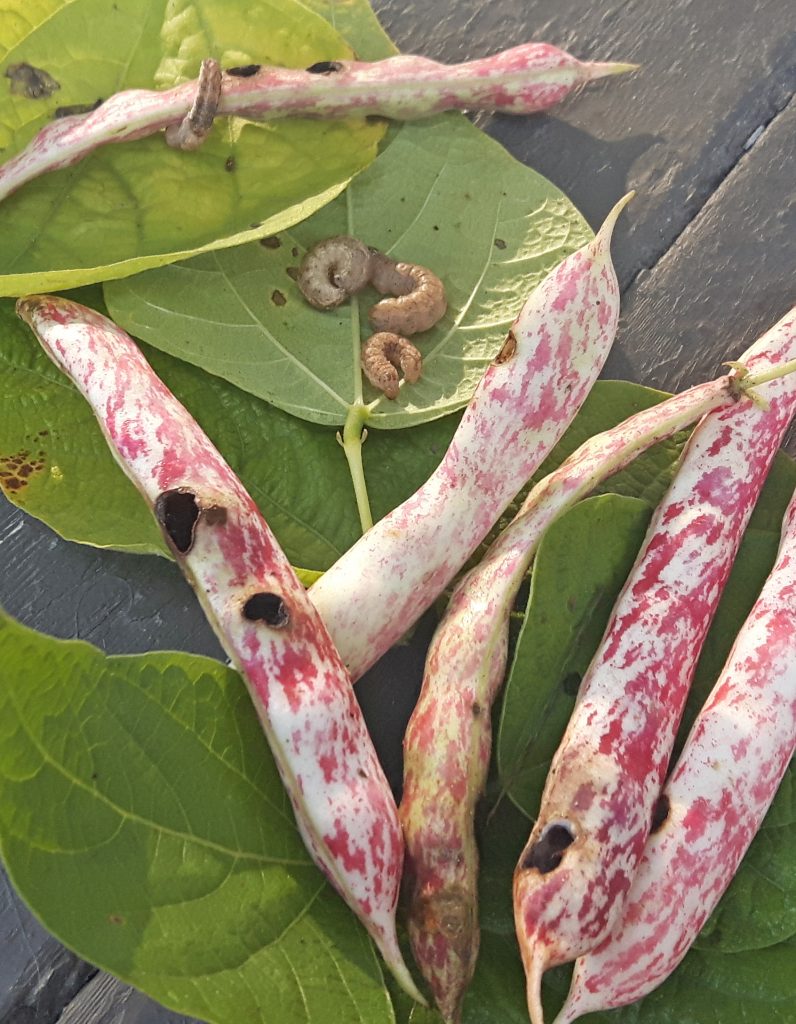 Once pods are present, scout 100 plants (10 plants in 10 areas of the field). Look for signs of early surface feeding or holes going directly into the pod.  If pod feeding is easily found, a spray application is necessary. Control is still very effective when done as soon as pod feeding is found. WBC exit and enter new pods each night, so insecticides still work at controlling the larvae, as long as the pods are present during the application so that there is residue left on the pod surface.

Spraying too early when pods are not present on the plants will not protect the crop from damage.  Spraying too late, when pod feeding has been taking place for some time will not reduce the risk of seed damage and pod disease incidence. The key is to protect the plants when the larvae are feeding on the pods. 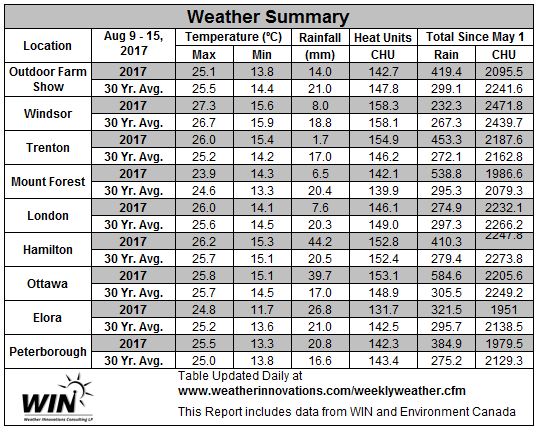