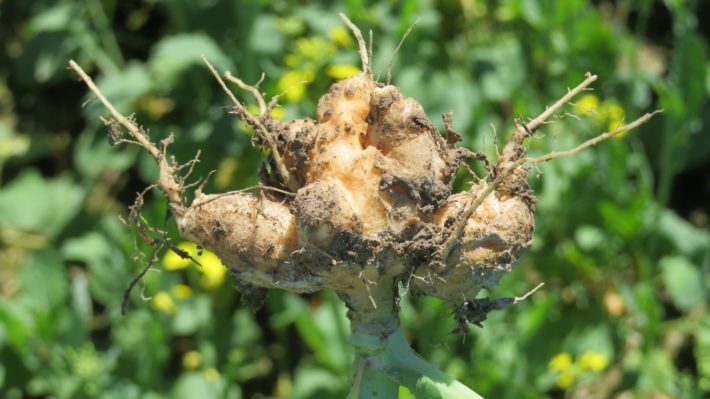 Meghan Moran January 29, 2018 2522 Comments Off on Update on Clubroot in Ontario – Distribution and Symptoms in 2017
Canola

The results from a soil survey and on-farm experiences in 2017 have shown that clubroot is widespread across Ontario; it is present in nearly all canola growing regions. To date approximately 130 soil samples have been taken from fields with a history of  canola, and clubroot was detected in 12 samples. In addition, clubroot infected canola plants were found on 6 different farms in 2017, in 5 different counties. Known clubroot positive fields are located in the regions of Algoma, Temiskaming District, West Nipissing District, Simcoe County, Bruce Peninsula, Dufferin County, and at the Dufferin-Grey county border (Figure 1). Work is underway to determine the pathotype (strain) of clubroot present in each soil or plant sample, so that farmers can select the appropriate clubroot-resistant variety. From four samples analyzed so far, Pathotype 2 has been most common with a single case of Pathotype 8. 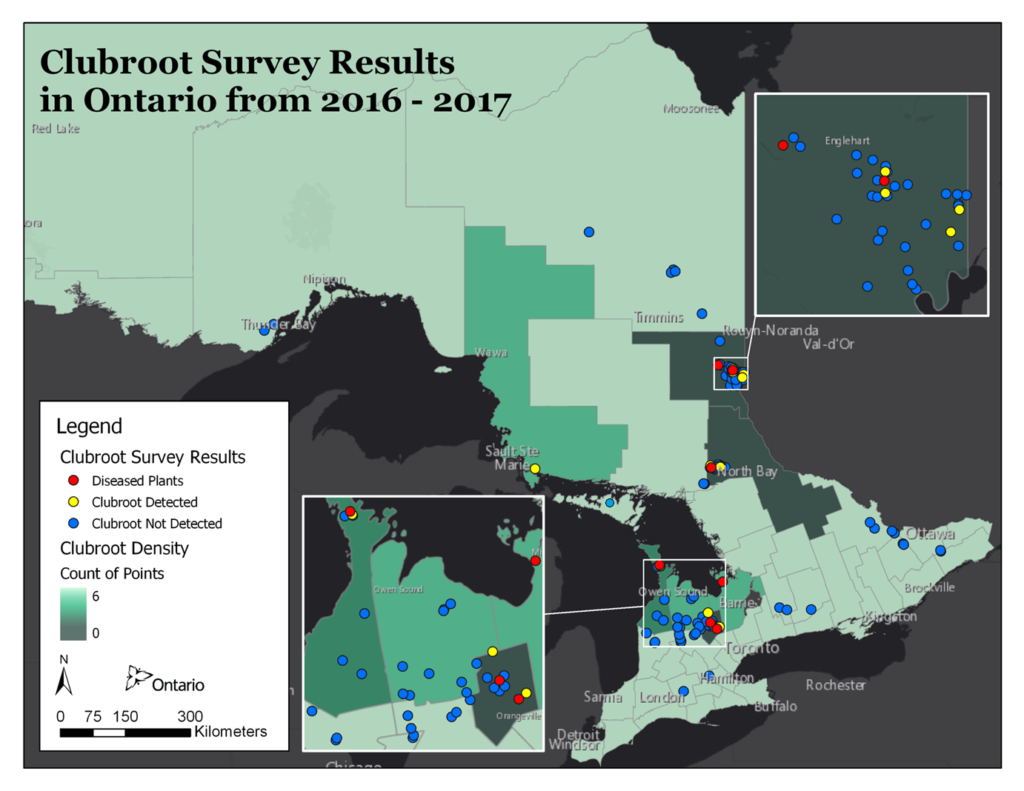 Farmers that found clubroot in their canola fields in 2017 experienced some yield loss. Some fields with short crop rotations had clubroot symptoms in large areas of the field (along with significant white mould infection) and reported up to 75% yield loss. Other farmers saw patches of clubroot at the edge of the field, or in areas of the field that were more wet. It is likely that all of these fields were initially infected in past years, and the number of clubroot spores in the soil has been increasing over time through reproduction on infected canola crop plants and volunteer canola.

The plants in Figure 2 had large clubbed roots prior to first flower, and were left with few to no root hairs to take up water and nutrients. These plants were delayed in maturity compared to healthier areas of the field, and later died without setting pods. As a result, there was yield loss in a small area at the edge of the field.

In the field shown in Figure 3, plants with clubroot symptoms were found where a watercourse had run through the center of the field. These plants were able to set pods full of seed but the plants matured early, the roots were rotten prior to harvest, and the grain was lost because of pod shattering. 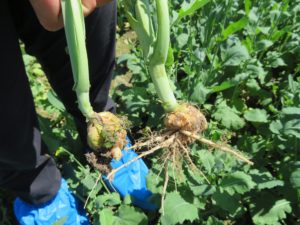 Figure 2. Canola plants with early clubroot infection that did not produce pods.

Figure 3. Clubroot infection apparent as a strip of early maturing canola along a watercourse in the field. Arrows mark the strip running left to right towards a low spot in the field.

Clubroot prefers wet conditions, and when clubroot spores germinate they have a flagella that allows them to swim in soil water. Clubroot spores cannot move easily through dry soil, so levels of infection will be lower under dry conditions. While clubroot was likely present in many fields in 2016, conditions were generally dry through the first half of the season and above ground symptoms were not visible and there may not have been yield loss. However, many regions had very wet conditions during spring and summer of 2017, allowing for early infection of canola plants in clubroot-positive fields and leading to an increased number of reports of the disease. Clubroot also prefers pH below 7.2; higher pH may reduce levels of infection but will not prevent movement of spores or kill any spores that are present.

Talk to your seed dealer about resistant varieties that are available, and consider putting some test strips on your farm in 2018 to see how they perform in terms of yield and lodging. Do not forget to pull up canola plants in every field, every year, to check for clubbed root symptoms – particularly in areas of the field that look yellowed, wilting, stunted, or that mature early.

Comprehensive information on clubroot can be found at www.clubroot.ca, or you can check out a past article on Understanding Clubroot.

If clubroot symptoms are found in canola, please contact Meghan Moran at 519-546-1725 meghan.moran@ontario.ca so we can collect a sample for pathotype analysis. 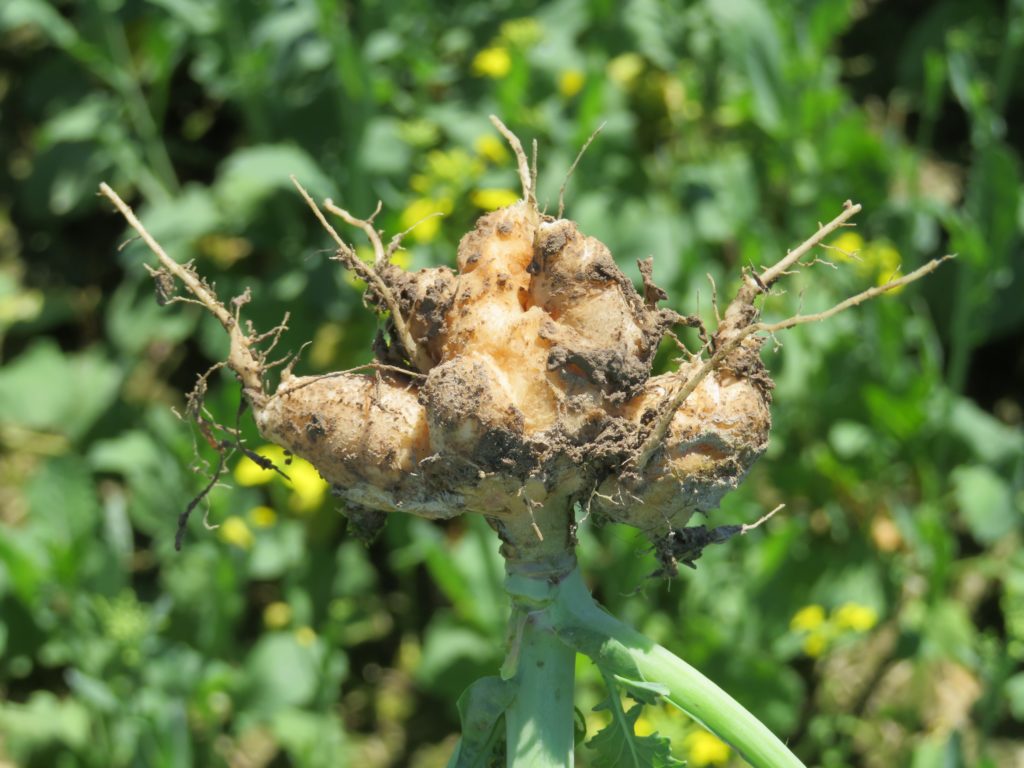