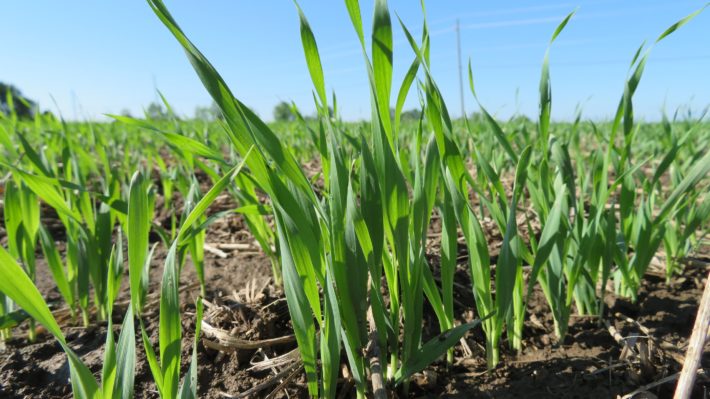 Thank you to Ken Currah of BASF for chairing the meeting and sponsoring breakfast.

Synopsis: Planting progress from London area through to Niagara and Hamilton-Wentworth is variable depending on soil type and rainfall in the past week. Warm weather is quickly bringing on broadleaf weeds, and winter wheat and alfalfa have been growing more rapidly over the past week. There are, of course, a lot of questions from producers about controlling Canada fleabane. The need to proactively manage fleabane was stressed, and there was a reminder that weeds are not an insurable peril under crop insurance.

Winter wheat: The wheat is at least 2 weeks behind what might be considered normal for the calendar date. Much of the wheat in the region was planted in good time in the fall, and is looking healthy now. There were some frost heaving concerns on later planted fields but they look good now. There have not been any damage claims in the Norfolk area, although there are some around Hamilton-Wentworth on clay fields that will be replanted to corn or soy.

Most participants at the meeting report that about 90-95% of acres have had nitrogen applied. Oxford County reported that some acres have seen a herbicide and fungicide application. Some septoria has been noted, but the canopy is not very dense yet and there are no reports of stripe rust or other disease issues at this time. Weeds should be controlled as soon as possible, and some have been out to hit perennial weeds before they bolt. Infinity is the best product for controlling Canada fleabane in winter wheat.

There was some discussion about use of Manipulator on winter wheat. Producers should confirm with the grain receiver whether Manipulator-treated grain will be accepted, particularly where contracts are in place. Conduct a jar test to see how it will tank mix with other products.

Soybean: While some growers on light ground have planted soybeans, most are focused on getting corn seeded or are waiting for soils to dry. Most of the acres that have been planted are around Brant and Oxford. It is expected that Xtend soybeans will offer some advantages for controlling fleabane with dicamba, but post-emergence control of fleabane in soybeans is very difficult. A burndown treatment and a product with residual control is the best approach. More information can be found in recent Ridgetown Breakfast Meeting Minutes from May 30, 2017 and April 10, 2018.

Corn: Progress on corn planting is variable, depending on soil types and rainfall. There has been a fair bit of planting activity around Brant and Oxford, but through eastern Brant and into Haldimand rain has delayed most planters. Clay ground is not yet fit to plant; the top inch may be dry but it is cold and wet below. There were comments that the soil is soft and Haldimand has not yet seen a pounding rain leading to crusting.

Alfalfa: First cut is approaching quickly and the crop has grown more rapidly with the recent heat. Some producers have been testing Priaxor fungicide and visual differences are apparent beside untreated strips in field trials. Priaxor is registered for control of white mould and common leaf spot in alfalfa. Comments at the meeting around the use of Priaxor were that it may help retain bottom leaves, and older stands or fields with more residue may benefit from an application because they are more susceptible to disease.

The next breakfast meeting in Simcoe is on Wednesday May 23 at 7:30 am. 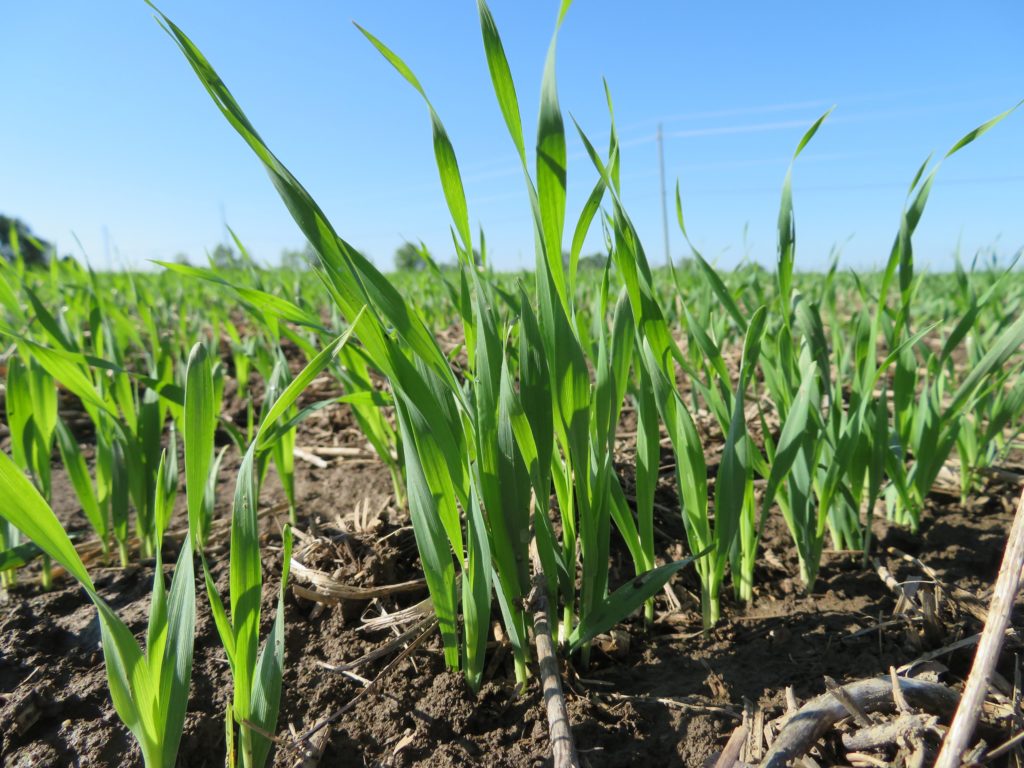