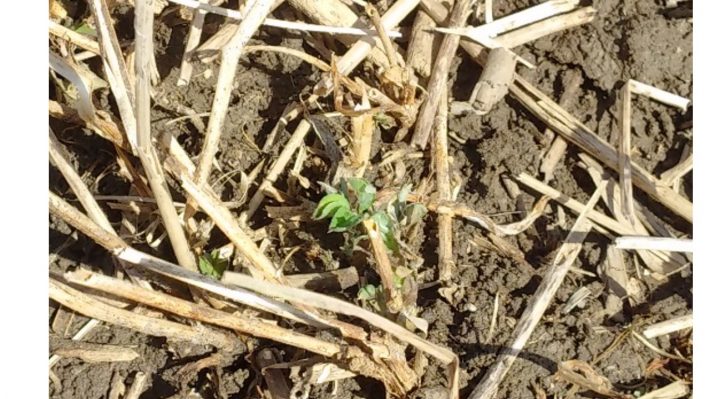 Image: It’s still too early to tell how forages have overwintered in central Ontario.

The first East Central Agribusiness Breakfast Meeting of 2019 had a large turnout. With good yields in 2018, there is a lot of optimism among farmers in the region. The next meeting will be May 1st at 7:30 am. If there are any suggestions on how to improve the meeting, or topics to discuss if you cannot attend, please let Ian McDonald or Christine O’Reilly know.

Group consensus was that it is still too early to determine whether winter wheat will survive. In general, fields planted early look better than those planted late. Late-planted wheat may have been planted shallow to try and speed up germination, but this increases the risk of heaving, particularly on heavy-textured soils. The feeling is that many growers will switch wheat acres to corn if they do not overwinter, particularly if nitrogen has already gone out on the wheat. For those fields where a decision must be made to keep the field, an application of nitrogen would help by showing quicker growth of what is there. More suspect fields may not respond to the nitrogen, but it is not necessarily wasted: with the slow spring even soybeans would benefit from readily available nitrogen early on.

Timing of green-up varies across the region, in part due to rolling topography that creates micro-climates throughout the field. South-facing slopes will break dormancy earlier than flat fields or north-facing slopes. Fields with lots of residue are slower to break dormancy. An early nitrogen application will increase tillering. Wheat that has had an ammonium sulphate application is looking very good.

Across the province many people are facing a hard decision about wheat fields. Early planted fields look the best and most have good yield potential. About 1/3 are looking very poor and the decision to abandon these will be easy. The other 1/3 that looks tough are going to be harder to decide on what to do. With the slow growth so far, this spring that makes this decision even harder. For some tips on making that decision read this related ARTICLE. Once you make the decision to leave the field and manage the bare spots, review this ARTICLE which gives some options to consider.

There was discussion about using drone imagery to help with the decision making around wheat fields. This is a good option, but timing is very important. Often the drones are flown too early and there isn’t enough greenness available for the imagery to accurately reflect the crop potential. The imagery should be used as a guide on where to concentrate your field scouting efforts.

Snow disappeared quickly near Lake Ontario’s north shore, and spring applications of phosphorus and potash have gone out, catching up on jobs that may have been skipped last fall.

Straw supplies are tight in the region, and prices are strong. The number of wheat acres in central Ontario usually remains consistent year over year, but if the late-planted wheat doesn’t pull through the actual acreage this year may be down up to 30%.

There was lots of discussion around the best time to establish red clover. While it is not too late to spread red clover seed in wheat fields, growers have also had success drilling single cut red clover at 5 lbs/acre with the wheat in September.

It is too early to assess how well forages have overwintered. Many fields were harvested during the fall rest period to increase feed inventories, which makes them more susceptible to winter injury. In addition, freeze/thaw cycles in January, February, and March caused standing water and ice in low-lying areas. Once alfalfa starts to break dormancy, growers should be doing plant and stem counts and assessing root health. See Check Alfalfa Stands this Spring and Make a Plan for more information.

Forage inventories are starting to get tight, so farmers are looking forward to the grazing season and first hay harvest.

Most beans sold in the region for 2019 have the Xtend trait.  The group suspects this was based on yield potential, and that most of those acres will not receive dicamba. There has been a soft launch of Enlist E3 soybeans, so there will be some acres in central Ontario. There is an enhanced awareness of fleabane resistance to glyphosate in the area compared to previous years so the higher acres of dicamba tolerant beans give people some options. However, broad weed control program strategies are always advised, and pre-emergence herbicides should be a part of that mix. The cost of the straight Xtend program is making it difficult to entice people to pre-emergence programs but they should be considered because of their timing, weed spectrum, residual control etc.

Fleabane is in central Ontario. There are lots of questions from growers about chemistries for all kinds of situations, and particularly about tank mixes. The feeling was most custom sprayers try to not use dicamba due to risk of contamination for the next job, particularly in post-emergence applications. Custom application operators prefer dicamba programs early as there is less risk. Regardless, use of the dicamba products comes with some definite must-do’s on sprayer volumes, nozzles, weather conditions etc.

While there is a move back to more volatile herbicide products in pre- and post-emergence application windows with the advent of Xtend and Enlist soybeans, one must be aware of the restrictions and recommendations for using these products so as not to cause crop damage and non-target drift. A handy resource for this can be found HERE.

With the move back to dicamba herbicide systems in the era of dicamba tolerant soybeans, people need to be thinking about how to quickly and thoroughly rinse equipment when changing chemicals. Installation of a continuous rinse system for the sprayer might be an alternative to pursue and recommendation can be found HERE.

There was some discussion about baling corn stalks in a shortage situation on cereal straw. Some have been done already this spring elsewhere in the province. It was mentioned about work done on the topic previously and we were asked to track down those reports as there was concern about taking reside from wheat and corn fields impact on long term productivity against improving emergence and yield of soybeans seeded into a corn stalk removed landscape. Please refer to ARTICLE1 and ARTICLE2. Main message was that didn’t do much in high yield environments but might get you a couple of bushels of soybeans in shorter season areas.

Any decision to take out an insured wheat field requires notification and confirmation from an Agricorp Production Insurance Adjuster. They will inspect the fields but have been hesitating to start that process until there is more growth in the fields. But make that phone call as soon as you are considering it.

Deadline to enroll in production insurance is May 1st, including for winter wheat yield coverage that may not have been insured last fall. Obviously winter kill is not covered for fields insured this spring

An intake for producers is open until May 5th. Remember that the selection process is competitive, so applications will be compared against others to determine which projects receive funding. Applicants may be required to complete Environmental Farm Plan, crop and/or livestock farm biosecurity, or Growing Your Farm Profits workshops to be eligible for funding. 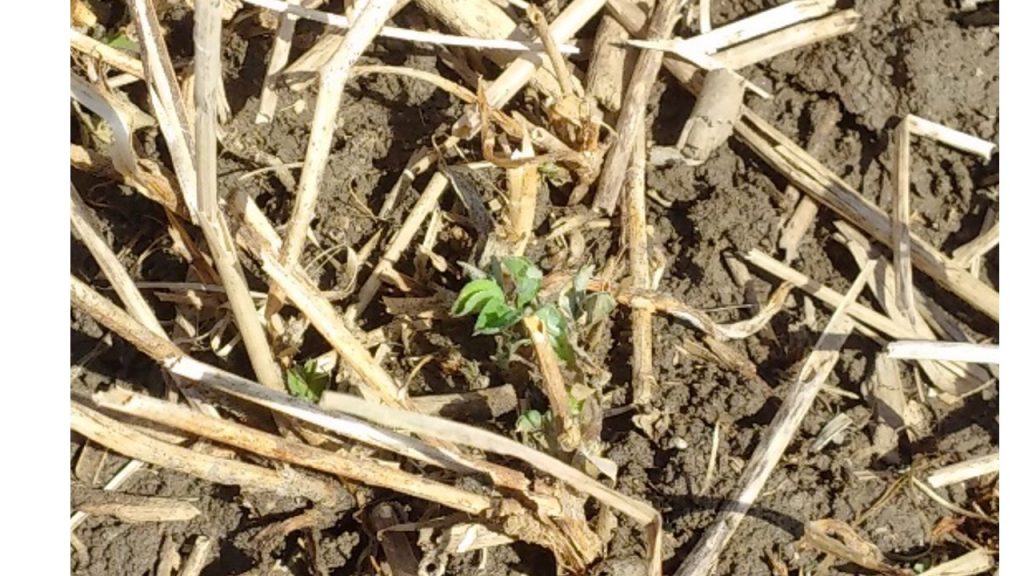