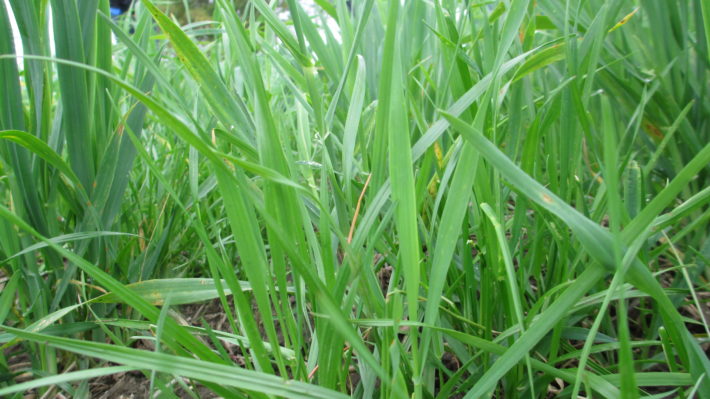 Reports indicate widespread alfalfa winterkill due to several thaws that reduced snow cover and created ice in fields. Many stands were either patched or put into an annual forage. Here are some tips on managing alternative forage crops.

First cut is usually (but not always) 60 days after planting

Red clover harvested for quality has more rumen by-pass protein and NDFd than alfalfa. Quality does not decline as quickly as alfalfa.

Italian ryegrass prefers cool temperatures and consistent rainfall. Some producers graze the lower yielding mid-summer cut rather than running harvesting equipment across the field, but this requires grazing infrastructure.

Cereals provide options. Maximum protein content and fibre digestibility occurs before boot stage. Producers looking for more yield and starch content could wait until soft dough stage and ensile the crop to get something that feeds out more like corn silage than haylage. Producers could plant a warm-season grass after harvesting the cereal, provided there is enough soil moisture for germination.

Grasses lose their quality faster than legumes, so any time a mix is grown it should be harvested when the grasses are at the ideal maturity. In this case, cereals are grasses!

Red clover takes a long time to dry which increases the risk of mouldy or dusty hay. Clover silage is generally very dark in colour, so can look like spoiled alfalfa. It resists protein breakdown during the ensiling process and has about 40% less non-protein nitrogen than alfalfa.

Cereals can be made into dry hay but take longer to dry than perennial grasses. Peas wilt more slowly than cereals, so producers should pay close attention to the crop’s moisture content when working with mixtures.

Just like ensiling alfalfa or corn, the correct moisture content (Table 3), proper packing density, and a good seal are critical to preserving alternative forages. Baleage is most successful when crops are put up in dense bales and wrapped with 6-8 layers of 1 mm thick plastic.

Be aware of possible toxins!

Except red clover, all the crops discussed here are fast-growing grasses with high nitrogen demands. These crops can accumulate nitrates under certain growing conditions:

If any of the above factors are present, allow crops to ferment for 3-5 weeks before feeding. Be aware of deadly nitrogen dioxide gas around silos.

Sorghum, sudangrass, and their hybrids produce prussic acid (hydrogen cyanide) when stressed. To reduce the risk of prussic acid poisoning:

Red clover can contain high levels of phytoestrogens which can interfere with breeding and early-stage pregnancy in sheep. Grasses and cereals may develop leaf or stem rusts under damp conditions. While rust reduces nutritional value and palatability, it does not produce toxins.

Alternative forage crops can make great feed. The trick is to not manage them like alfalfa. 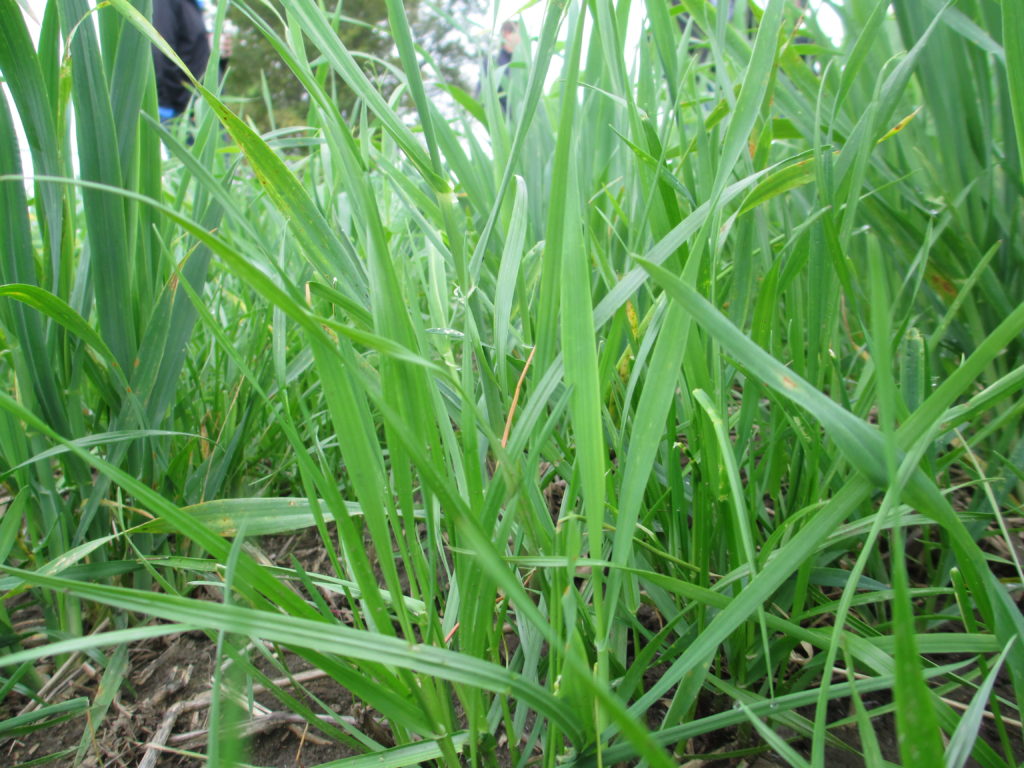