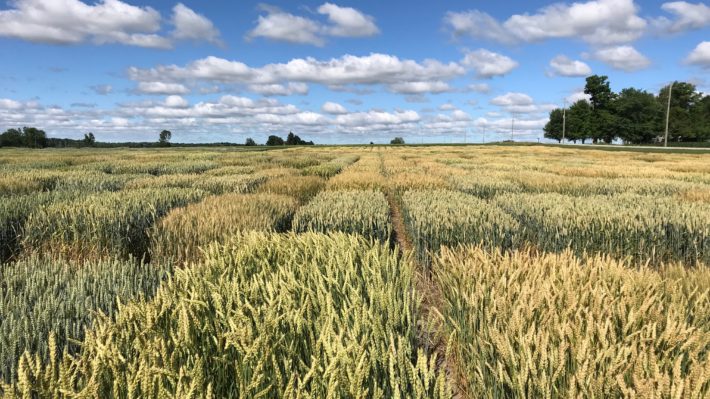 This article was written by Liam McCarthy, University of Guelph.  Liam was a summer student under the USEL program.  Liam worked under the supervision of Nick Wilker and Mitra Serajazari from the U of G wheat breeding lab and Joanna Follings from OMAFRA.

FHB is a fungal disease that is considered a major problem for Canadian wheat producers. The disease is caused by multiple species of Fusarium, with the most damaging being Fusarium graminearum.The disease has had an estimated impact of $1.5 billion since the mid-1990s on Canadian wheat producers.  In Ontario, the worst FHB epidemic was in 1996 which cost growers an estimated $122-131 million in losses.

Losses from FHB can be attributed to yield losses, grain downgrading and mycotoxin production, most notably deoxynivalenol (DON). DON has various toxicological effects associated with contamination. These can include nausea, feed refusal, diarrhea, immune-suppression, and blood disorders. There are multiple thresholds for DON levels depending on the end product of the cereal. Because of this, DON levels are analyzed quantitatively in order to determine the amount within grain before it is used as feed or food.

Due to the significant impact FHB can have on the Ontario wheat sector, FHB and DON are key parameters that are assessed every year in the Ontario Cereal Crop Committee (OCCC) Performance Trials.  While there is no variety with 100% resistance to FHB available in Ontario, these trials ensure that varieties that are commercially available to Ontario producers, have the highest level of resistance against FHB as possible.

The FHB nursery at the Elora Research Station is one of 3 nurseries in Ontario established by the OCCC. These nurseries are designed to gather information on the level of resistance of each wheat variety commercially available in Ontario. Nurseries are spread across the province so that various soil types and climatic conditions are captured in the data. These nurseries follow very similar practices for spraying regiments. The nurseries are sprayed with FHB inoculum that is produced in vitro. At the Elora Research Station, plots were sprayed four times over the season to account for late flowering periods in winter wheat as well as late planting with spring wheat. The four spray events are based on plant growth stages and include, heading (day 0) (Figure 1) and anthesis (day 2), as well as two post-anthesis applications. Spraying includes ensuring that the entirety of heads within the plot are covered with spores, allowing all varieties the equal chance to develop symptoms. This spray regiment along with mist irrigation provides very prominent symptoms in the nursery and, in turn, high quality, accurate data.

FHB incidence (how many heads) and severity (how much of the head) are scored throughout the growing season to find the FHB index for each commercially available wheat variety. These are taken 21 days following the first spray event to allow for the disease to propagate on the head. Once harvested, samples from the plots are submitted for ELISA testing, which produces a quantitative DON score for each variety. Scores for both Fusarium index and DON by area are available for growers to view on www.GoCereals.ca under the annual reports. These are expressed qualitatively in the reports as moderately resistant (MR), moderately susceptible (MS), susceptible (S), and highly susceptible (HS) (Figure 2).

How can I use the information collected from these nurseries to select the right variety for my farm?

If FHB is a concern for your farm, selecting varieties with MR is the best option.  However, there may be other characteristics that are important.  To help make variety selection easier, growers may want to consider using the “Head to Head” feature on www.GoCereals.ca so that they can dive into multiple characteristics of each variety.  When using this feature, check off the Fusarium Head Blight box and view the indices. These values are derived directly from the provincial nurseries, and in turn represent Ontario averages. They are a combination of the incidence by severity index and DON levels. One also has the option of reviewing the wheat reports published by the OCCC. These are a helpful tool to see how commercially available wheat varieties performed based on area, instead of a provincial average. 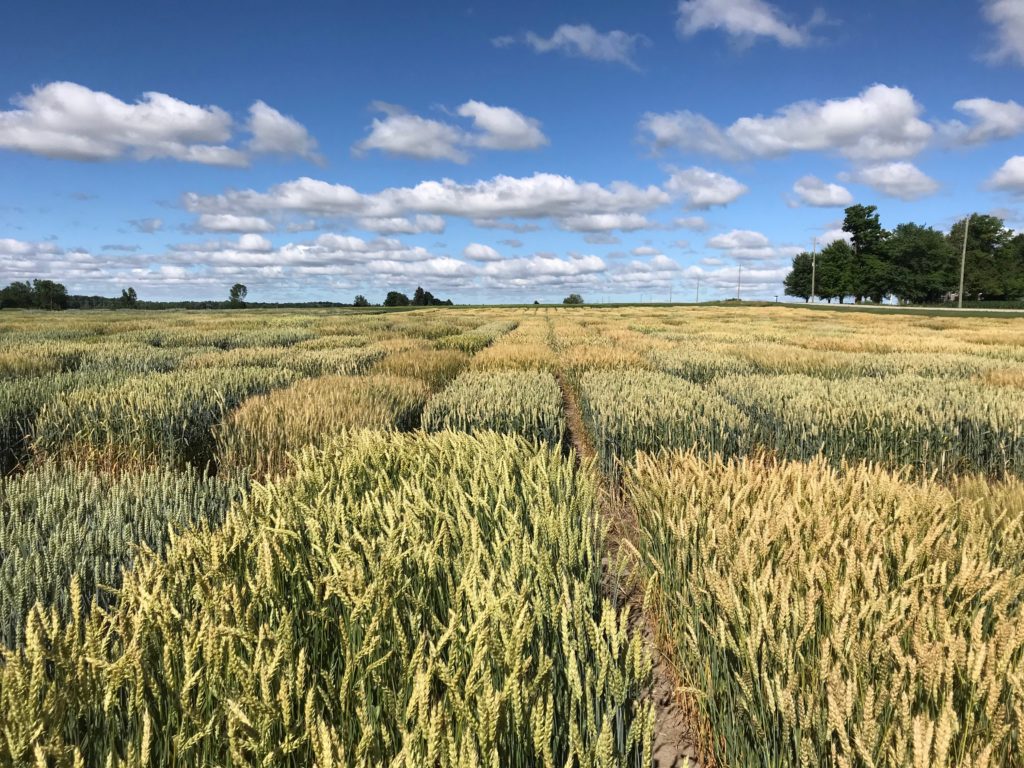