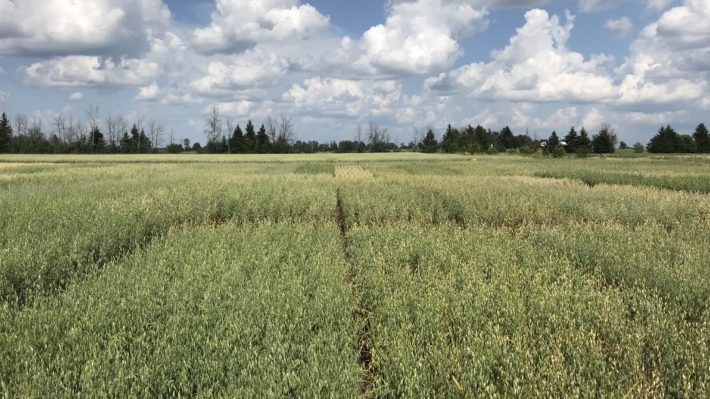 When we think about fungicide applications we naturally think about protection from disease.  However, there has been more discussion and reflection about the additional benefits that fungicides may provide including an improvement in overall plant health and harvestability of a crop.  This was something that was discussed at the Ontario Cereal Crop Committee (OCCC) table this fall as we made some interesting observations in the response of oat varieties to fungicide applications in various regions.

As part of the OCCC performance trials, fungicide applications are made to be able to give producers a comparison on the performance of varieties in both an unmanaged and managed scenario.  This is important as it helps producers select varieties that are best suited to their operation and also helps determine whether or not a fungicide application may be warranted for the variety they have selected to grow.

As you look at this data you might say “well, its simple – there is no point in making fungicide applications in the absence of disease or if I am a grower in northern Ontario”.  However, it may not be that simple and the lodging data shows an interesting story.  While in 2019 there was no differences in lodging between the with and without fungicide applications in northern Ontario, the 3-year lodging data that is currently available does show a significant lodging response between the with and without fungicide treatments (table 4).

While lodging data isn’t the only factor we base our management decisions on, it is an important one that shouldn’t be overlooked in oat production. This data also doesn’t necessarily mean that a fungicide application should be made on every oat acre but that you should have an even deeper understanding about the varieties you choose to grow on your operation and how you manage those varieties according to the responses they have shown to various management regimes and location.  Yield, quality and disease resistance are still some of the most important factors that need to be taken into consideration.  For more information and to have a look at the data yourself check out www.GoCereals.ca! 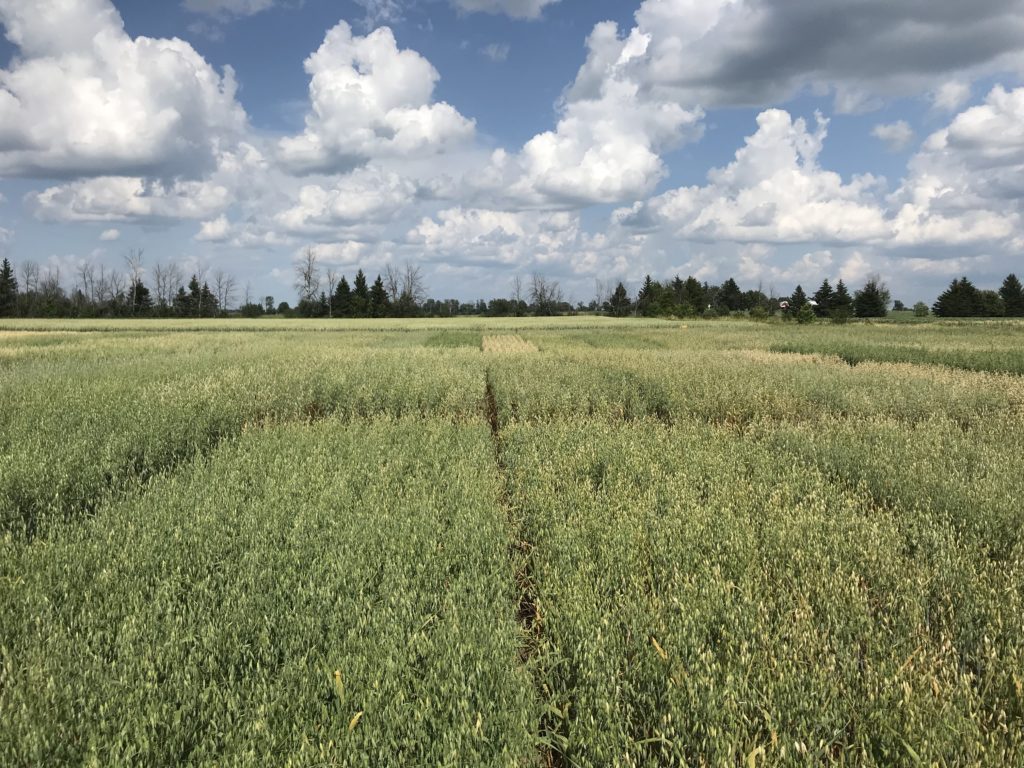