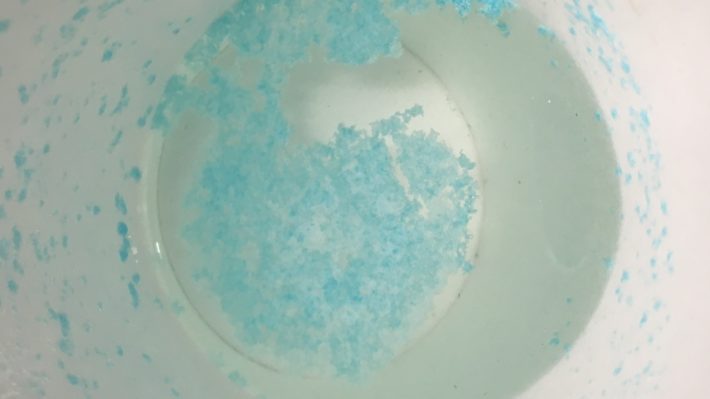 Mike Cowbrough May 3, 2020 1227 Comments Off on Mixing “ATS” with herbicides: The importance of a “jar test”
Weeds

Each year I get more questions about mixing the liquid fertilizer, ammonium thiosulphate (ATS) with herbicides. With reductions in atmospheric Sulphur deposits, Ontario research has shown positive yield responses in some crops when Sulphur fertilizers are applied and so it makes sense that farmers are looking at ways to add Sulphur to their crop in an efficient manner. However, my experience with mixing ATS with herbicides is that physical compatibility is an issue. I’ve yet to have it mix well with herbicides when used exclusively as a carrier (Figure 1, Figure 2). 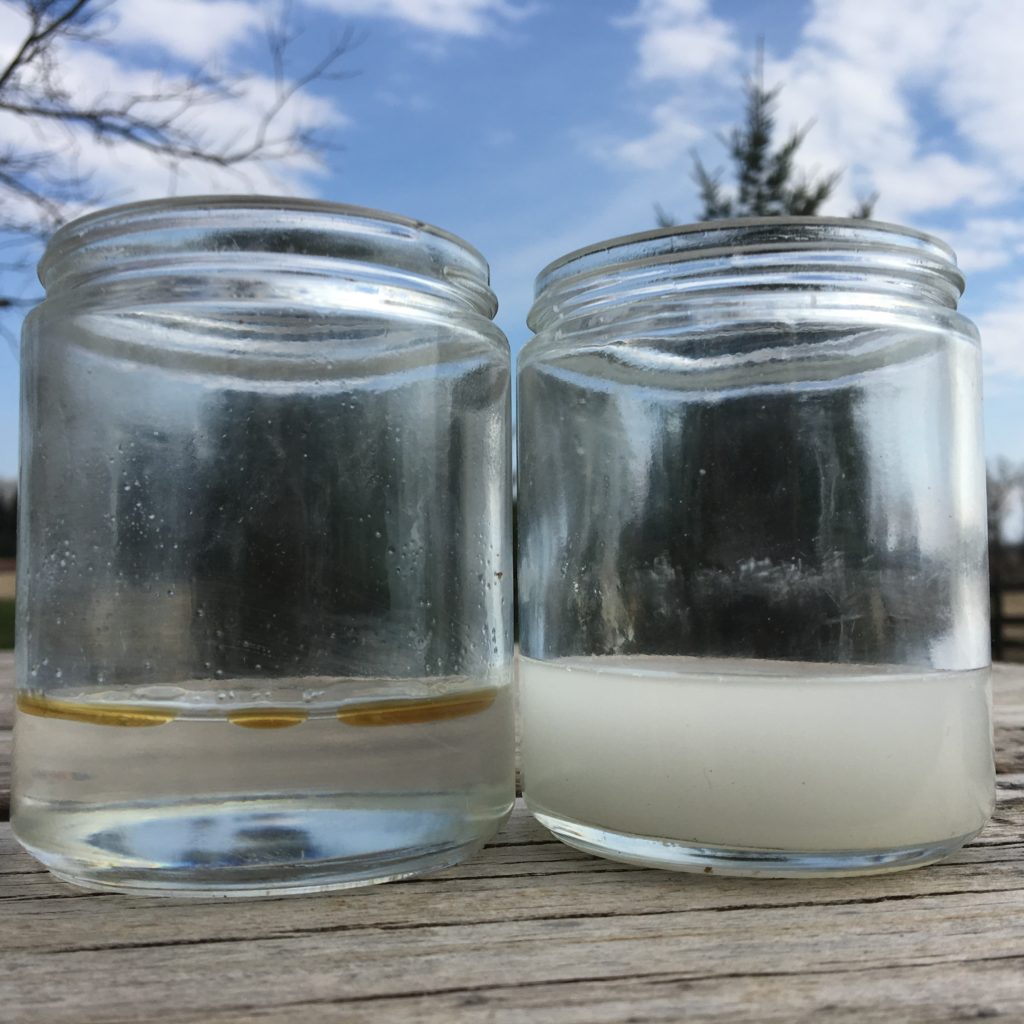 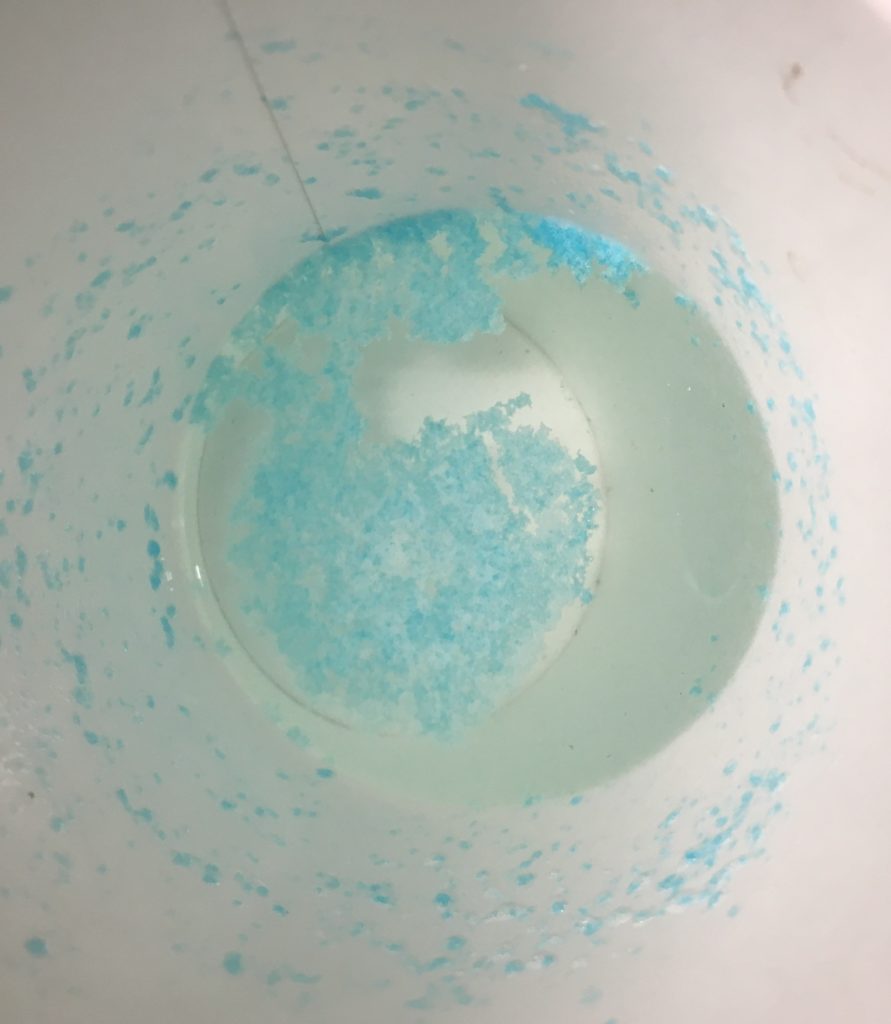 Figure 2. An attempted jar test mixing of Liberty 200 SN with ATS as a carrier, resulting in unacceptable mixing.

In some cases, ATS can successfully be added to a mix when water or urea ammonium nitrate (UAN) are the primary carriers, and ATS is added last after the pesticide and carrier have mixed thoroughly. Let’s go through the process of determining compatibility using a recent inquiry.

Question: I would like to mix “Blackhawk” herbicide with water (10 gal/acre) and ATS (5 gal/acre). Is it compatible and what mixing order should be used? 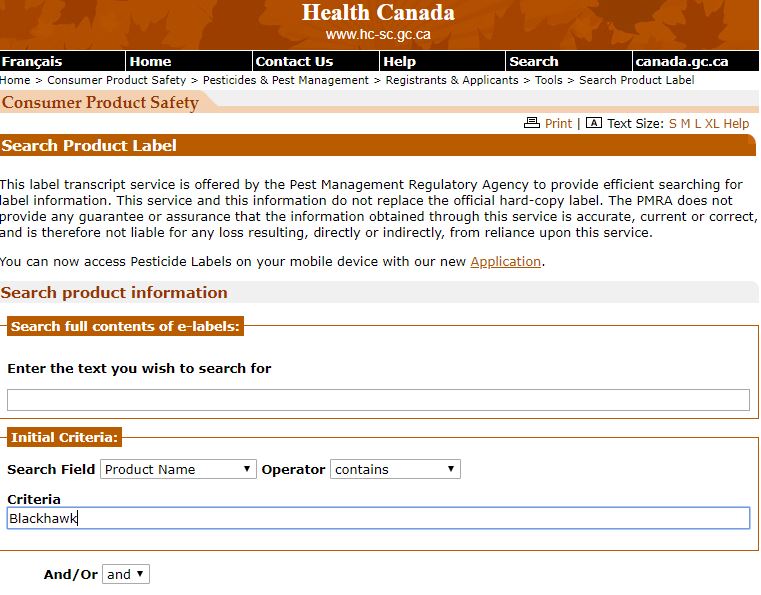 Searching the term “PMRA label search” in your internet search browser will take you to Health Canada’s Pesticide label database. 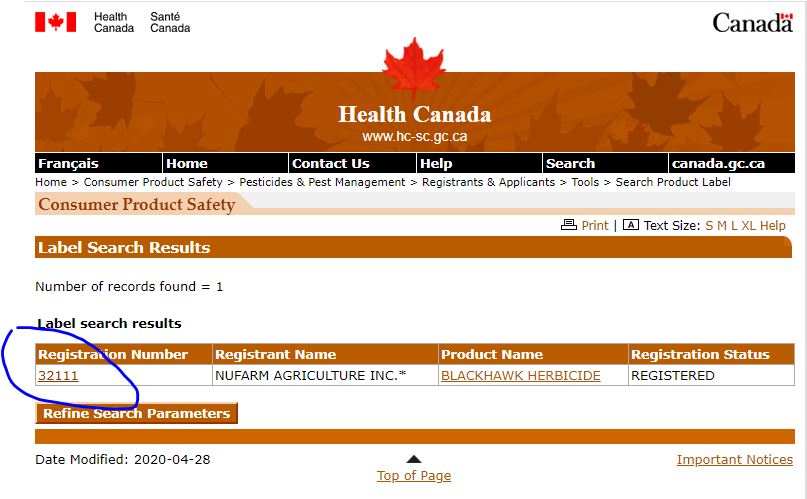 A screen capture of the search result for “Blackhawk” herbicide. Note that to access the .pdf version of the label you have to “click on” the registration number (circled above), and not the Product name.

Once you’ve found and opened the .pdf version of the label, press “ctrl” and “f” on your keypad simultaneously to search for specific wording within the label. Searching the term “fertilizer” is a logical starting point and although a paragraph exists on the Blackhawk label that provides some wording around mixing the herbicide with fertilizers (see below), no real specific guidance is provided, other than a general warning that mixing the herbicide with a fertilizer can decrease the level of weed control and increase the risk of crop injury. You are warned that if you decide to mix the herbicide with a fertilizer, that you are responsible for any outcomes associated with the mixture and that you should contact the manufacturer for more information.

Above: The screen capture of the section in the Blackhawk label that provides guidance around mixing the herbicide with fertilizers.

Step 2, contact the manufacturer: The manufacturer put me in touch with a technical representative that recommended a jar test be conducted, but did suggest that mixing the herbicide with water first and then adding ATS last would likely work best. It was unknown whether this mixture would negatively affect the level of weed control or crop safety.

Step 3, conduct a jar test: I converted each components rate to 1/1,000 of a hectare (for simply conversion to a jar size) and tried different orders of operation to see if it mattered.

Jar Test Results: 4 jar tests were conducted. In the first test, the herbicide was mixed with 15 gal/acre of water as the carrier (Figure 3). This becomes the standard by which the other mixtures involving ATS are compared to. 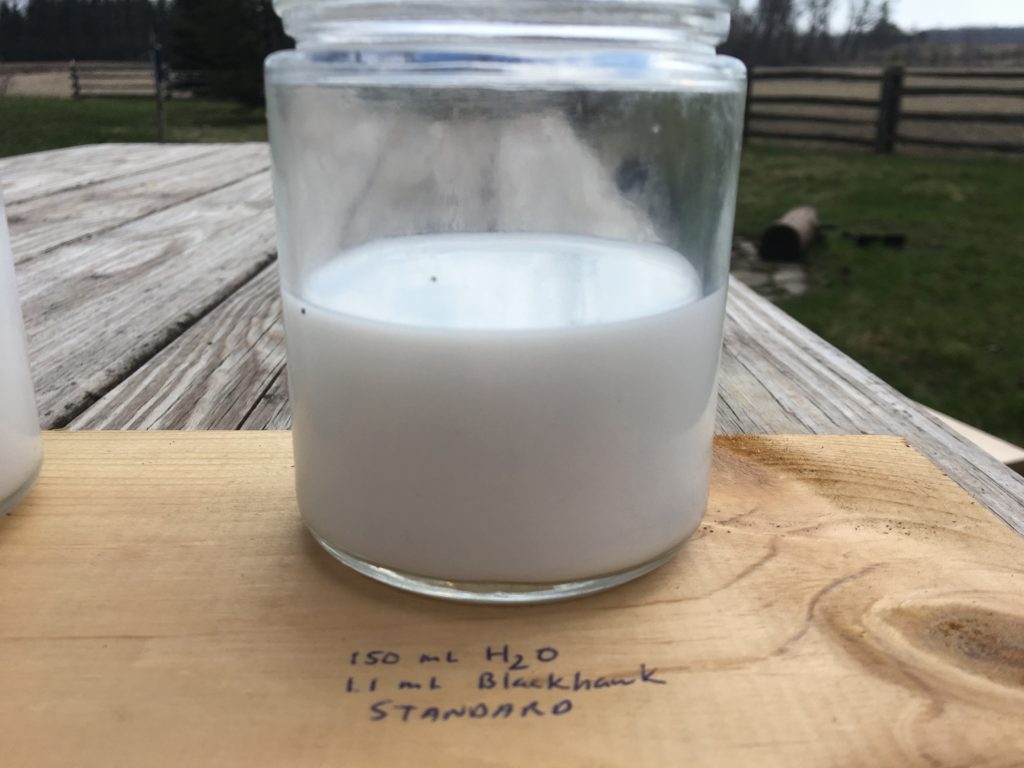 Figure 3. Blackhawk herbicide mixed with water as a carrier as per normal best practices. 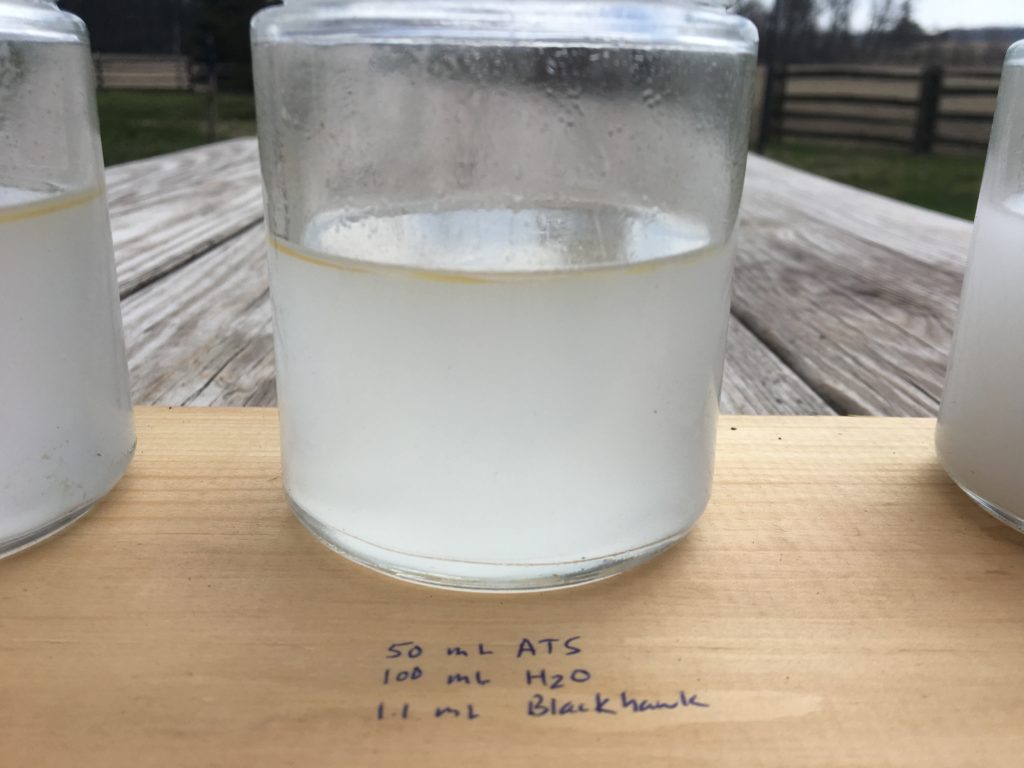 Figure 4. Blackhawk herbicide added to a mixture of ATS and water as the carrier. Note the thin brown line of herbicide product that separated out and went to the surface.

In the third jar test, water was added first, ATS second and the herbicide last. Once again, the herbicide failed to mix properly, and the results were no different than that of the previous test shown in Figure 4. In the final jar test, water was added first, the herbicide was added second and allowed to fully mix, then ATS was added last (Figure 5). This mixing order appeared to result in a successful mixture that was similar in appearance to our standard (Figure 1). This jar test was invaluable for identifying mixing orders that resulted in unacceptable incompatibility. 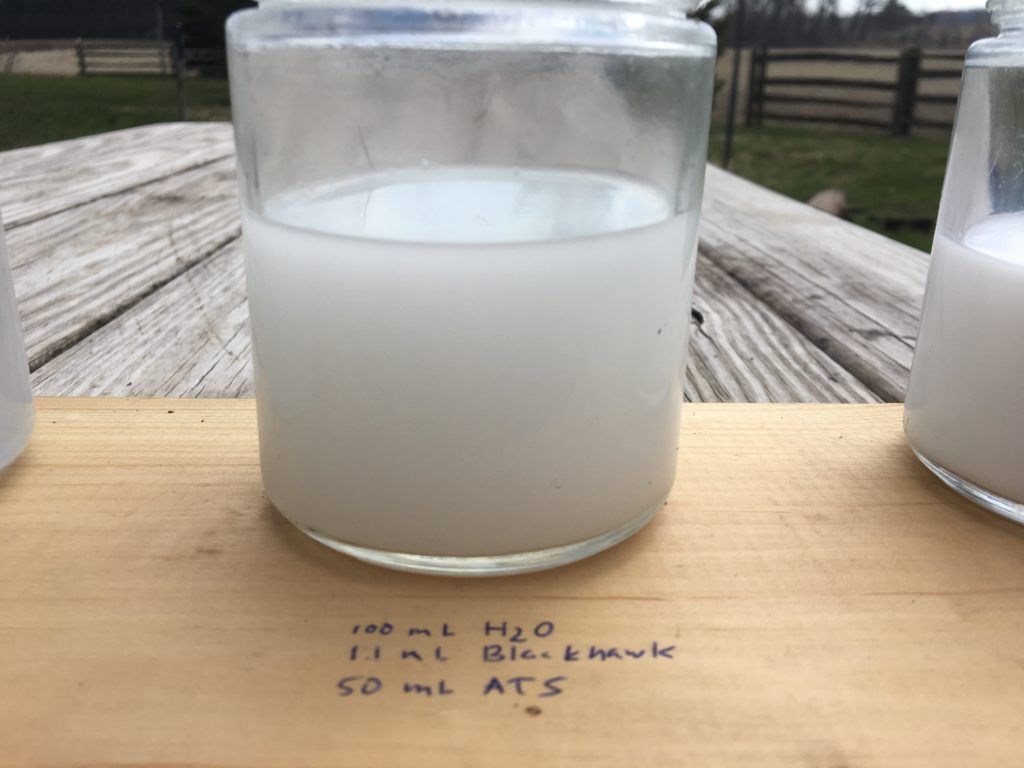 Figure 5. Successful mixing of water with Blackhawk herbicide first and then adding the ATS last. This mixture looks good but should be tested on a small area first to identify any performance issues.

Step 4: Even following a successful jar test, unless the manufacturer is willing to, in writing, support the mixture that you’ve discussed, there is still the issue of whether the mixture will negatively affect crop safety, weed control and perhaps even off target drift. The label still states that you are responsible for any outcomes of applying the mixture. Therefore, testing out the mixture on a small amount of acreage and in an isolated environment would be a wise move, so that you can evaluate how it performs and the risks and benefits with its use.