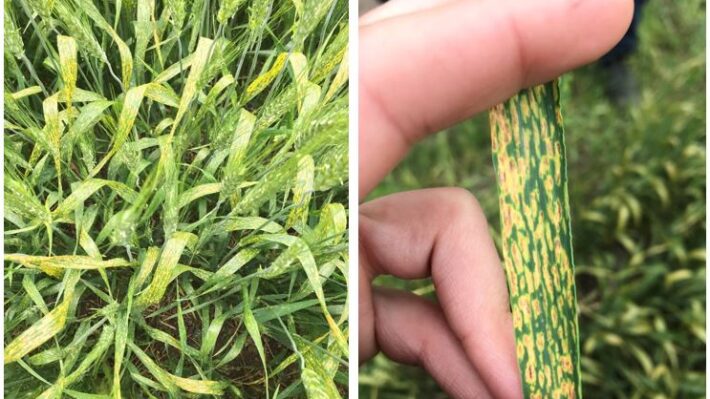 Joanna Follings March 15, 2021 205 Comments Off on What the Fleck is Wrong With My Wheat?
Winter Wheat
(Voir la version français/Show French version) 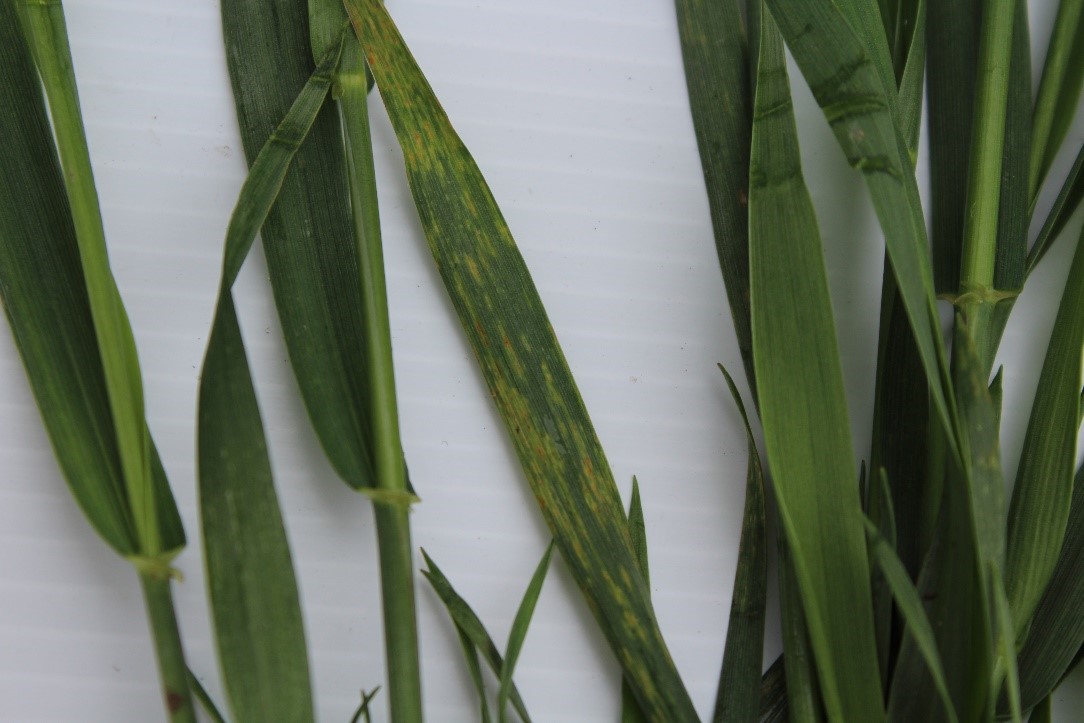 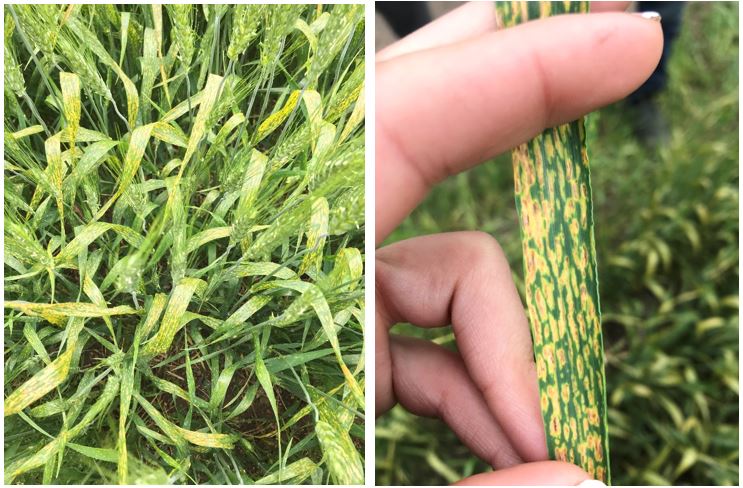 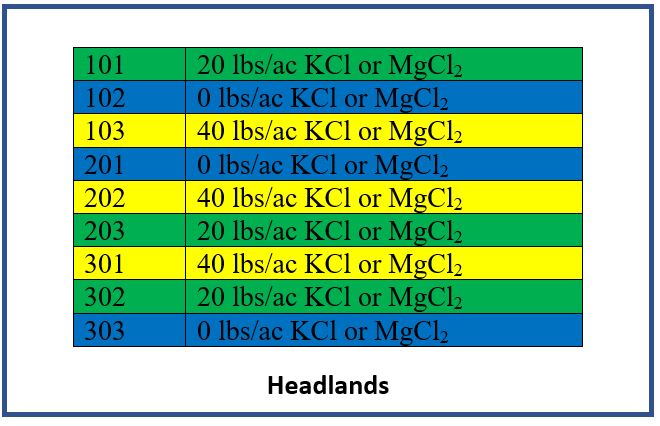 There has been a reoccurring phenomenon in winter wheat the last few years known as physiological flecking. While not exactly predictable, physiological flecking tends to occur if it is cloudy for an extended period followed by sunny periods. The wheat leaf cuticles can be thin due to the cloudy conditions, and when conditions turn sunny free radicals (unstable atoms) form in the leaf and cause flecking (Figure 1).

Based on field observations in 2019 and 2020, the flecking appears to be variety dependent with some varieties being much more susceptible than others. To date, there have been few reports of yield loss especially if it is minimal and occurs at the flag leaf stage or later. However, where physiological flecking occurs earlier in the growth stages or where the leaves turn completely brown, there can be yield losses (Figure 2).

When walking wheat fields or trying to determine whether it is in fact a disease versus flecking there are a few things that can help you distinguish between the two. The first being the uniformity of the symptoms across a field. Flecking tends to be much more uniform across the entire field compared to diseases. Secondly, diseases tend to start at the bottom of the plant and move upwards unlike flecking. If you are ever in doubt, consider sending samples to a lab for disease analysis.

While there have been minimal yields losses reported, growers are concerned with the flecking and what can be done to manage it. Fungicides are not effective in the prevention or remediation of physiological flecking and unnecessary applications should be avoided. Research out of the U.S. and western Canada has shown that with the application of a chloride fertilizer there was a decline of physiological flecking in winter wheat. Research from Montana suggests “that plants have adequate chloride nutrition when whole-plant chloride concentrations were greater than 0.40% at heading. Plants with heading chloride concentrations below 0.10 percent generally responded to chloride applications with an average 5.1 bushels per acre yield increase.” They also found that soil test levels of 32 pounds per acre or more available chloride were required to achieve the 0.40 percent whole plant chloride concentration.

While this work has not yet been conducted in Ontario it is suggested that growers who have experienced physiological flecking should try some chloride test strips on their farm this growing season. While it would be ideal to test applications in the fall at planting, topdressing with some KCl or MgCl2 prior to regrowth this spring may be something worth exploring. An application of 20 to 40 lbs/ac of chloride in replicated strips across the field is recommended (Figure 3). For those fields with adequate K soil test levels they can use KCl and for fields with lower testing K, growers can consider an application of MgCl2 as long as their Mg levels are adequate. Following these guidelines isolates the effect of the chloride component.

Figure 3. Example plot design. Randomization of treatments is just an example and should vary at each site.