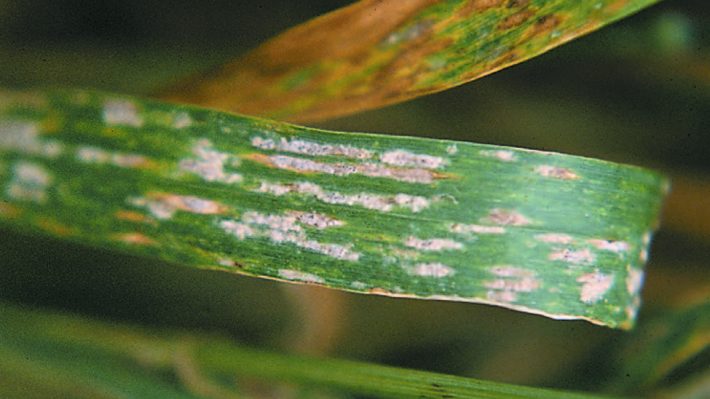 General Progress:  Corn planting is basically finished on the loamy soils and 60% completed on heavy clay soils.  Soybean planting is in full swing with lighter soils 75% completed and heavier soils 30-40% planted. About 160 CHU accumulation since May 1 in Ridgetown/Chatham area.  Conditions are dry, moisture would be welcome.  Soils worked before May 13 (cool conditions) were retaining moisture but with onset of bright sun and warmer temperatures, the moisture is evaporating from soil much more quickly.  Planting into moisture in lighter soils is requiring 2 to 2.5–inch depth in some worked soils

Wheat is responding to heat, however with cool temperatures the past few weeks the crop is no further ahead than any other year.  Fields on lighter soils in some areas are in need of moisture and have areas that appear moisture stressed.  Impact on yield will be significant if moisture stress continues into grain fill period.  Flag leaf is close to emerging in most fields and with this predicted warm temperatures and 100 GGD accumulation the flag leaf will be emerged by end of the week.   It takes about 260 GDD (oC) to get from flag leaf to ~50% flower.

Visible leaf burn is evidence of spray applications during cold temperatures that occurred in many fields over the past 2 weeks. Physiological flecking showing up in some fields and is variety specific (e.g. R40 is susceptible). This is not surprising with the period of cool, cloudy days followed by bright sunshine and more heat.  Discolouration in some fields continues with evidence of manganese and sulphur deficiency.  Some growers were relying on the manure to provide sulphur.  Sulphur in manure is in elemental form which is a slow– release form that behaves similar to organic nitrogen and becomes available with microbial activity and is slow to release in cool spring conditions.

Powdery mildew is present in many fields ranging from some mildew low in the canopy to some  aggressive mildew moving up the plants.  Infections are variety specific.  Warm weather will slow powdery mildew progress; however, the wheat canopy is thick and there is still moisture in the crop canopy each morning.  Some growers are debating applying a flag leaf fungicide given the forecast of hot dry weather and are wondering if coming in with a T3 fungicide is more economical.  Flag leaf fungicide was still considered a good option for highly susceptible varieties where the mildew is moving up the plant.

Some fields, especially as they approach flag leaf are showing symptoms of wheat streak virus and barley yellow dwarf virus (BYDV).  Samples have been taken from these fields and results will be shared when available, however there was no evidence of aphid activity.  BYDV infections would be suspected from fall infections in early planted winter wheat, or especially winter barley which is typically planted 1 to 2 weeks earlier than wheat. The symptoms are more visible now as the wheat begins more rapid growth and differences within the field are more visible.  Red leaf tips (purple discolouration) on the flag leaf could be evidence that the virus plugs up the vascular system which culminates at flag leaf emergence.  The question about using insecticidial seed treatments with early planted winter barley or winter wheat was discussed and considered an option for suppressing BYDV.  Cereal leaf beetle egg masses are evident in some fields, especially oats.

Corn is beginning to emerge and corn planted before cold conditions are not showing any negative effects.  Dry conditions helped prevent problems.  Heat from last few days has put the later– planted corn at the same stage as April– planted corn

Soybean planting will be done in a few days at current planting rates.  Heavier soils in Niagara area just got started on the weekend.  Although there are not a lot of soys planted yet, field conditions are quite remarkable for this time of year on the heavy soils – corn is planted and soys are ready to plant – burndowns have been on for a few weeks in most fields. With heat, thick crusts are forming on some soils, especially those with lower organic matter levels, that were taking time to dry with cooler conditions.  In the southwest, many soybeans are being planted at 2– to 2.5–inch depth. Moisture is gone quickly as the ground is worked, and in some fields planting depth places soys planted into moisture at start of planting a field, but by the time they are finished the beans are sitting above the moisture level.  The change happened so fast that farmers weren’t aware of how quickly soils were drying and without moisture this could lead to some spotty stands.  The question about how deep can soybeans be planted and still emerge was discussed with the conclusion that it becomes a bit of a gamble.  Varieties used to be scored for hypocotyl extension ability.  Some varieties won’t emerge from 3 inches, especially as clay content increases.  It becomes a question of what becomes the least risk to get the beans out of the ground.  If it is necessary to plant over 3– inch depth to get into it may be better to wait and plant ahead of moisture.  Planting specialty beans, such as Nattos, is trickier and deep planting is not recommended.

Weeds starting to pop up on corn fields and are breaking through some of the pre-emerge herbicide applications.  Rainfall is required to activate, so we will get escapes, but there is still a reasonable level (50 to 80%) of control to reduce the number and pressure of weeds for post emerge applications.   It is easier to deal with escapes more effectively today compared to the early 1990’s with herbicide choices.  Weed escapes should be controlled depending of species of weed and pressure. Generally, weed escapes that are past the 2nd leaf stage of growth will be beyond rain activation for pre emerge herbicides. Applications to control escaped weeds should be based on weed stage and if using glyphosate, the weed should be no more than 10 cm.  With dry conditions the weeds will be physically smaller but can be at a more advanced stage of growth. Therefore, paying attention to a weed’s growth stage is more important than its height.  .  Look at weeds relative to the critical period.  To protect yield, it is better to assume that beyond the 2-4 leaf stage the weeds won’t be controlled by soil applied herbicides.  For difficult–to–control weeds such as water hemp it is better to get them as soon as you see them.

Traditionally early June planting has been the “sweet spot” for edible bean planting.  Data from trials conducted the past few years confirmed that best yields come from June planted beans that miss the high heat at flowering. With current soybean prices, the edible bean market looks less favourable for forward contracted prices, and there is a fear that with dry soil conditions it may be easier for growers to keep planting soybeans.

Cereal rye cover crops are being harvested for forage.  Best timing is between flag leaf and boot stage to obtain best quality, which is already the case for fall rye in this region.  Forage inventories are tight and protein prices are high.  Therefore, there is some alfalfa forages being cut especially early to get high protein “rocket fuel”, at the expense of yield.  With dry conditions some forage is being cut earlier in hopes of better 2nd cut regrowth, especially for mixes with high grass content.  Alfalfa weevil are being found in older stands.  Thresholds vary with height, and scouting should occur twice a week to stay ahead of alfalfa weevil damage.  Find more info on alfalfa weevil HERE.

There is some patching up of sugar beets occurring.  Fields were planted with stands of 180 plants/100 ft of row, but reduction in stands due to frost and other perils is expected.  Currently stands of 110 to 130 plants/100 ft of row are on the light side of average, but with expectations of average yield potential.  Beets are now at the 6– leaf stage and fields are greening up.

Tomato planting started last Thurs and a third of the crop will be planted by today and 50% by the weekend.  Soil conditions are good where seedbed was worked at an acceptable depth for transplants.  One grower started planting on Wednesday but lost plants due to frost from planting one day too early.  Peppers won’t be planted until soils are warmer.

Labour issues – bureaucracy issues are making decisions at farm level difficult.  Politicians making decisions without talking to different levels of government (federal/municipal).  Offshore workers are needed since local help can’t handle the work and quit after a few days.  This results in stress for crop producers.  There is a lot of mental stress among producers.  Good prices seems to increase mental stress and inconsistency in rules around off-shore workers increases this stress.

May 31st date coming –  the final date for farmers to make changes to coverage or for new applications (normal year that would have been May 1).  Damage reports: 105 damage reports for wheat in Chatham-Kent, Lambton, Essex and Haldimand Niagara – which is up 66 from report 2 weeks ago with winter kill as the reported peril.  Damage is down significantly from past 3 years (~2000 + acres).  Spring planted corn and soys that were planted in April had only 2 reports for soys

Frost in asparagus in early May in Simcoe region – crop has recovered and is progressing well.  Agricorp is monitoring the dry conditions and probably will have more to report in 2 weeks.  Some damage in fruit and orchards but lower than expected. Don’t know the final extent yet, but better than 2012. 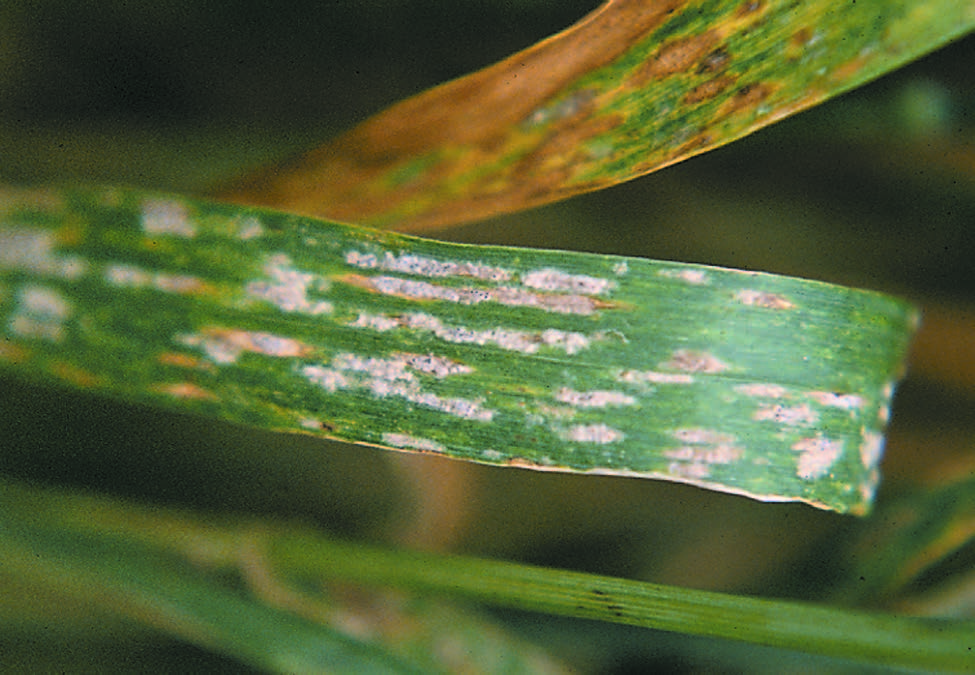