Ontario Hay Listings is a free classifieds service provided by the Ontario Forage Council. Producers looking to buy or sell hay or straw are encouraged to post an ad.

AAFC’s Agroclimate Impact Reporter is interested in how weather impacts farms throughout the growing season (i.e. what’s really happening on the ground). This ag-sector citizen science effort feeds into AgriRecovery and other programs. The monthly survey takes ~5 minutes to complete. You can join the reporter network here.

Many areas of the province are reporting fall armyworm damage to perennial forage crops, silage corn, and forage cereals. Information on scouting and control is available here.

In 2020 there were several reports of corn rootworm injury to hybrids with below-ground protection from Bt traits. This suggests that Bt-resistant corn rootworm populations exist in Ontario. Continuous corn is at highest risk of a problem. Growers are encouraged to rotate out of corn for 2022. More information about this serious silage corn pest and how to join the corn rootworm trap network are available on Field Crop News. 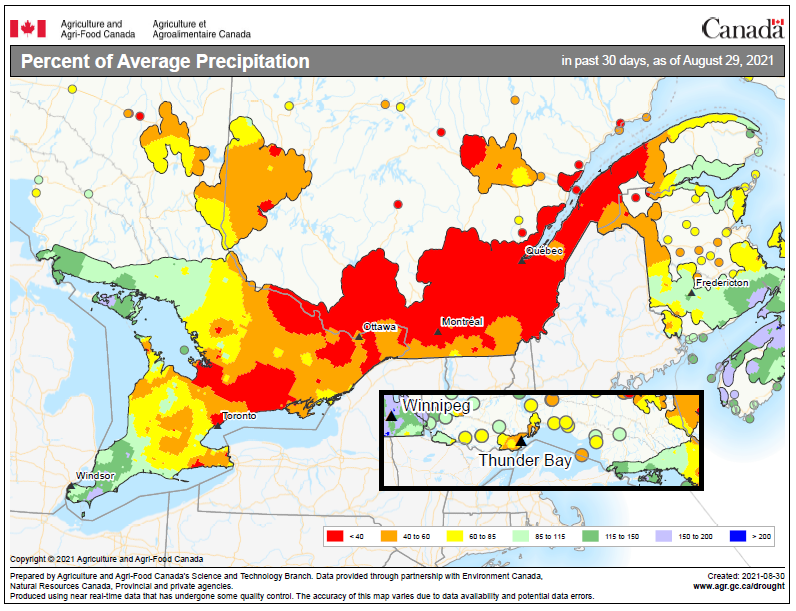